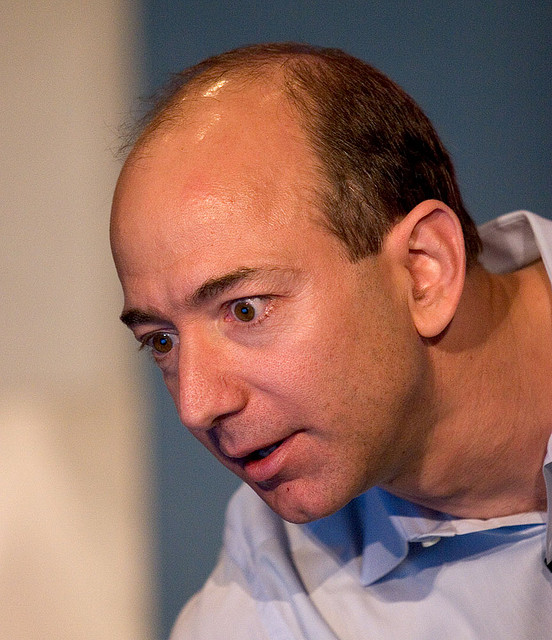 The Feds are going after Amazon.

The Federal Trade Commission said Thursday morning that the online retail kingpin unlawfully billed parents for millions of dollars in unauthorized app purchases made by children. And now the feds want Amazon to return the money.

The FTC filed suit in federal court this morning, alleging that no parental consent or passwords were required for kids to buy apps from Amazon’s app store. That’s a violation of federal law. During a press conference in Washington DC this morning, the FTC’s consumer protection director Jessica Rich laid out the governments case.

“Many millions were spent on unauthorized charges. This is about the age old principle of consumer protection. We plan to obtain refunds and put it back in consumer’s pockets,” Rich said.

Rich blasted Amazon for willfully knowing about the illegal practice and not doing anything about until the feds came calling. The FTC said they were approached by many consumers who complained about the unauthorized charges. Rich declined to say how many people complained or when the investigation started.

She called on Amazon to incorporate safeguards so the alleged practice doesn’t happen again. She said that for over two years, Amazon operated without informed consent, meaning they comported themselves illegally when it came to the unauthorized purchases.

While many have come forward to the feds, many more likely have no idea they were taken. Rich urged those who believe they were hoodwinked to contact the FTC.

“If you feel you’ve been had and want a refund contact the FTC,” she said.

In fact, in their suit, the feds are requiring Amazon to set up a process to refund clients wrongly billed.

More details of the suit will come out as the case wends itself through the federal court system, Rich said.

The FTC said Amazon keeps 30 percent from all app purchases made on its store. That’s the same percentage charged by Apple for its store as well.

“Even Amazon’s own employees recognized the serious problem its process created. We are seeking refunds for affected parents and a court order to ensure that Amazon gets parents’ consent for in-app purchases,” Ramirez said.

According to the FTC:

“Amazon offers many children’s apps in its appstore for download to mobile devices such as the Kindle Fire. In its complaint, the FTC alleges that Amazon violated the FTC Act by billing parents and other Amazon account holders for charges incurred by their children without the permission of the parent or other account holder. Amazon’s setup allowed children playing these kids’ games to spend unlimited amounts of money to pay for virtual items within the apps such as “coins,” “stars,” and “acorns” without parental involvement.”

In its action, the FTC obtained internal Amazon communications between employees going back to December 2011 that disclosed that some workers were concerned that allowing unlimited in-app charges without passwords could come back to bite the company. And it did.

The FTC, in a release, quoted one such internal communication. Not using passwords for app purchases “was clearly causing problems for a large percentage of our customers,” read one email.

Another email read the situation was a “near house on fire.”

The feds’ case against Amazon is considerable. It appears the investigation goes back at least two years, as the FTC is quoting internal documents from that long ago.

“It’s much easier to get upset about Amazon letting your child purchase a $99 product without any password protection than a $20 product,” the FTC quoted an Amazon employee as saying.

The “house on fire” quote suggests, at least to the feds, that multiple Amazon employees knew what was going on inside the company — and were cognizant they had a big problem on their hands. And they were right.

The complaint also said that:

“In March 2012, according to the complaint, Amazon updated its in-app charge system to require an account owner to enter a password only for individual in-app charges over $20. As the complaint notes, Amazon continued to allow children to make an unlimited number of individual purchases of less than $20 without a parent’s approval. In July 2012, as set forth in the complaint, internal emails again described consumer complaints about in-app charges as a “house on fire” situation.”

By June, the FTC felt it had enough in its arsenal to unveil the suit.

Stay tuned, as we’ll be covering this story throughout the day.