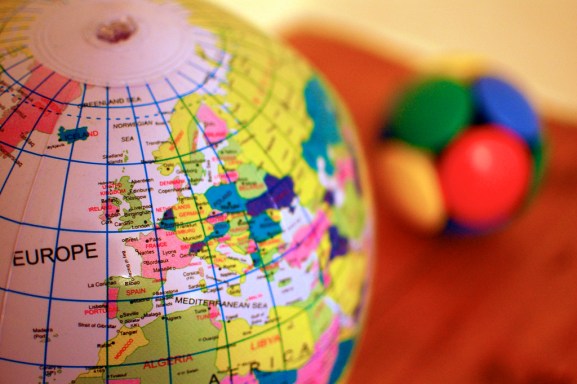 Google Ventures might be only about five years old, but the venture capital firm is expanding to Europe.

Launching today, Google Ventures’ new fund dedicated to European startups will initially have about $100 million to work with.

We believe Europe’s startup scene has enormous potential. We’ve seen compelling new companies emerge from places like London, Paris, Berlin, the Nordic region and beyond — SoundCloud, Spotify, Supercell, and many others.

We can’t predict the kinds of inventions the Science Museum might showcase 10+ years from now, but we do know European startups will be essential to this future, and we can’t wait to see what they create.

The firm will open a new office in London with five partners: Google Europe executive Eze Vidra, entrepreneur Tom Hulme, angel investor Peter Read, Code.org UK head Avid Larizadeh, and current Google Ventures partner MG Siegler (formerly a writer for VentureBeat), according to the Financial Times. However, Siegler will remain with the U.S. office and will only work with the London team temporarily. The new team plans to settle in Clerkenwell, which is very close to London’s “Silicon Roundabout” startup district.

While Google Ventures is one of the few U.S. firms to launch a dedicated European fund, it faces stiff competition from a whole slew of Europe-based firms, such as Index Ventures, Earlybird Venture Capital, Balderton Capital, Runa Capital, and many others. Major U.S. venture capital firm Accel Partners has long maintained a presence in Europe, with multiple dedicated European funds.

Google Ventures was founded in 2009 and is headquartered in Mountain View, Calif. It has invested in more than 250 companies thus far.