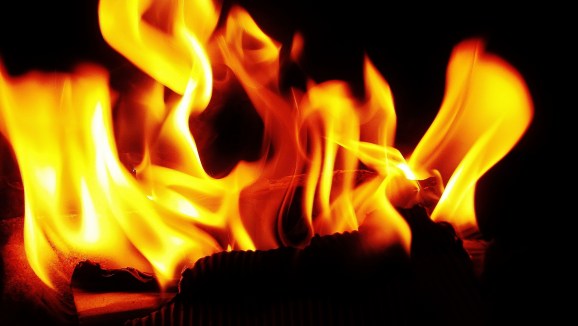 TaskRabbit‘s pivot has left some of its contractors furious, disappointed, and out of work.

Earlier today task-outsourcing site TaskRabbit killed its bidding system for random tasks, and replaced it with an on-demand service for requesting services with fixed fees: cleaning, handiwork, moving, and errands. As we wrote earlier, TaskRabbit announced the change last month to ease the transition among the service’s users.

With the destruction of the bidding service, TaskRabbit has ushered in fixed hourly rates for tasks. Food deliveries, for example, start at $10 per hour. Previously, if a TaskRabbit user wanted food delivered, they had to post the job on the service and await bids from TaskRabbit contractors.

We asked TaskRabbit if there was any pushback over the changes. TaskRabbit founder and chief Leah Busque offered us a blunt response: “Not at all. We just spent a week around the country talking to our TaskRabbit community. The Taskers doing this as a full-time job are excited.”

Messages from the bulletin board [below] reveal backlash among a group of contractors, particularly regarding the way TaskRabbit has communicated its new direction.

One long-term contractor attempted to petition against the changes, and subsequently had their forum account suspended, according to images shared with VentureBeat.

When asked if any contractors have been banned for speaking out against the changes, a TaskRabbit spokesperson issued a firm denial: “Of course not.”

Later, TaskRabbit clarified to VentureBeat that no user was denied access to the TaskRabbit product for protesting the change — they were only suspended from the company’s forums.

TaskRabbit claims this user was suspended “for inappropriate and threatening comments, not for her feedback on the product.”

The TaskRabbit contractor in question tells VentureBeat that this “threatening” behavior involved saying that users should talk “to the press, to our friends, and to clients.”

TaskRabbit’s major product changes have certainly proved disruptive for some, but it’s unclear how widespread the discontent is.

What’s clear is that some people are very upset about the change, and they’re quite vocal about it.

Later, TaskRabbit told VentureBeat that “the vast majority of taskers are fully behind the change. It’s a small minority who aren’t supportive of the move.”

The TaskRabbit contractor experience has been under fire before — as profiled by Fast Company and Business Week — yet in an interview with VentureBeat, one aggrieved contractor who has been with the company for over a year told us they loved the old TaskRabbit.

“I was totally loyal to it and believed it was changing the world,” said the contractor, who spoke on the condition of anonymity.

Here’s more from that contractor (emphasis added by VentureBeat):

It’s really upsetting how they’re dealing with this. They told us the system was changing, and then wouldn’t even talk to us. I feel like we were giving them the opportunity to do that. Because I’m elite [a high status among contractors], I’m supposed to be able to talk to people there, but it didn’t happen smoothly. The company was very defensive.

There have been nothing but complaints since they announced it. I haven’t seen a single TaskRabbit comment on it positively. I’m sure there are some TaskRabbits out there that don’t mind this switch for whatever reason. But there are a lot of people that aren’t happy about this. There are a lot of people, including myself, that have asked about this. They don’t have an answer. They say that it’s better for us, because we don’t have to waste our time bidding, but that’s what we like about this application; we can pick and choose what tasks we take.

VentureBeat’s second source went on to say the change only benefits TaskRabbit:

They took all the free enterprise and pretty much anything that was good out of the application. Any job you do is different. Any task is different. Right now they want me to put a price on every assembly job, but there are different jobs.

A TaskRabbit spokesperson addressed the commotion in an email to VentureBeat, admitting that “with any product change this significant, it would be impossible to satisfy the requests of every member of the community.” Nearly 30,000 contractors use TaskRabbit to find work, TaskRabbit tells us (emphasis added):

As Leah mentioned, the vast majority of our most active taskers are pleased with the changes as it makes building their business simpler.

Additionally, these changes were made to cater to the needs of both sides of our marketplace. As we told you, we have millions of clients, so when balancing the needs of that many constituents, getting 100% satisfaction is unrealistic.

The only thing I’ll add is that well continue to enhance and evolve this product to continue to fit the needs of our community, as we always have.

VentureBeat’s sources claim they’ve been asked not to post complaints on the TaskRabbit forum. According to one Twitter user, the forums have since been taken down completely.

@HarrisonWeber They had an online forum for Taskers, filled w/ our anger over the upcoming changes. As of today, page says “Access Denied.”

“We’re the employees. We’re the people who keep your company moving,” one contractor for TaskRabbit told VentureBeat by phone.

“Without us, you’re just an empty app on a phone. I don’t understand why they don’t listen to us.”

Numerous additional contractors later reached out with similar complaints after this story was published.

A TaskRabbit spokesperson later told VentureBeat that “all users were given numerous chances to discuss the new changes with TaskRabbit.”