GameStop’s stores are brick and mortar. Downloadable content is 1s and 0s. Despite that seemingly irreconcilable difference, the physical GameStops are making plenty of money from selling digital goods.

When you think of GameStop, you probably think of shelves stocked with the latest discs for PlayStation 4 and Xbox One as well as preowned Xbox 360 and PlayStation 3 games, but that only represents a portion of the retailer’s business. GameStop also deals in downloadable content for games as well as currency cards (these add money to your online account) for Sony’s, Microsoft’s, and other companies’ digital-download stores, and that’s a growing part of GameStop’s business. In 2013, the company generated $724.4 million in digital sales. That includes its Kongregate mobile gaming site, PC digital downloads, and in-store digital sales. For the first quarter of its fiscal 2014, GameStop noted that its digital revenue grew 9.5 percent year-over-year thanks in large part to currency cards for PS4 and Xbox One. GameStop is the biggest game-specific retailer in the world.

Now, GameStop making money from its PC downloads business and Kongregate makes sense, but it’s harder to understand how it is making so much from digital downloads at its retail locations. After all, isn’t digital all about cutting out the retailer in the first place? 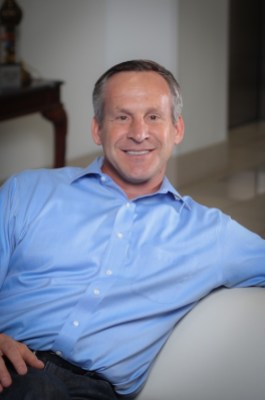 “Most of our digital revenue comes from our brick-and-mortar stores,” GameStop president Tony Bartel told GamesBeat in an interview. “The console digital is predominantly things like Xbox Live, PlayStation Network, and Nintendo eShop cards. Then there’s downloadable content, which is fast-growing in the console digital.”

Bartel used Assassin’s Creed and Watch Dogs publisher Ubisoft as an example. In its fiscal Q1 on 2015, Ubisoft generated $114 million in digital sales. That was up 149 percent year over year, and a big part of that success was due to the brisk sales of season passes for the DLC to Watch Dogs. While you might associate season-pass DLC sales with hopping on Xbox Live or the PlayStation Network to make the purchase after bringing the game home, that’s not how most people did it with Watch Dogs.

“Over 70 percent of the season passes for Ubisoft’s games in Q1 were sold through physical retailers,” said Bartel citing Ubisoft’s stats. “We believe that we nearly corner that market as far as digital downloads.”

GameStop has made a ton of effort to make sure it provides a satisfactory experience for customers looking to purchase digital goods. For games on Sony platforms, the process is simple. GameStop will sell people codes for specific DLC. Players can then take that home and enter it into their system, and the content automatically starts downloading. On Xbox systems, people can say they want certain DLC, and GameStop will sell them an Xbox Live gift card with money to get that expansion.

NOTE: VentureBeat’s upcoming GrowthBeat event — August 5-6 in San Francisco — is exploring the data, apps, and science of successful marketing. Get the scoop here, and grab your tickets before they’re gone!

Of course, if you get a $15 Xbox Live gift card to purchase a $15 map pack for Call of Duty, that might not work because of tax. GameStop has figured this out. At all of its retail locations, the store associate asks what the customers wants to buy, and then it will calculate the full cost, including tax. The customer will then get a card with that exact amount of money and not a penny more.

“Our whole goal is to make this a great experience for the customer,” said Bartel. “That’s something you’ll get at GameStop that you won’t get at other retailers.”

Using the strengths of retail to sell DLC

“The other thing is discoverability,” said Bartel. “What happens is, when you’re standing in line at a midnight release, or when you come in and buy that product, or when you preorder the product, we’ll inform you about the downloadable content that’s available. We’ll give you the opportunity to buy it. You can preorder it. Do whatever you want. But we’ll aid in discovery because that’s what GameStop does.”

Above: One of GameStop’s associates.

While ultra-informed, know-it-all gamers might not like going into a store and dealing with associates trying to sell extra products, that’s exactly what a large number of customers want. If you’re not keeping up on every news story about Watch Dogs, going to a GameStop is a quick way to also find someone that might know what they’re talking about. You can’t say that about Walmart, Amazon, or Target.

That worked with Watch Dogs. At GameStop, 30 percent of the people who bought the open-world hacking game also bought the season pass at the store. Overall, Watch Dogs had a 14 percent attach rate with its season pass, according to Ubisoft, which shows the power of GameStop to sell digital extras.

“The reason we’re so adamant about that is because we believe this downloadable content is incredible content,” said Bartel. “It’s just that not a lot of people know about it. It’s not the most customer-friendly experience to find it on either PlayStation Network or Xbox Live.”

Another thing that is helping GameStop capture a big chunk of digital sales is that it gives customers flexibility in how they pay.

“More than 60 percent of the payments for digital content [at GameStop] are not with credit cards,” said Bartel. “It’s trade credit, cash, gift cards, and things like that.” 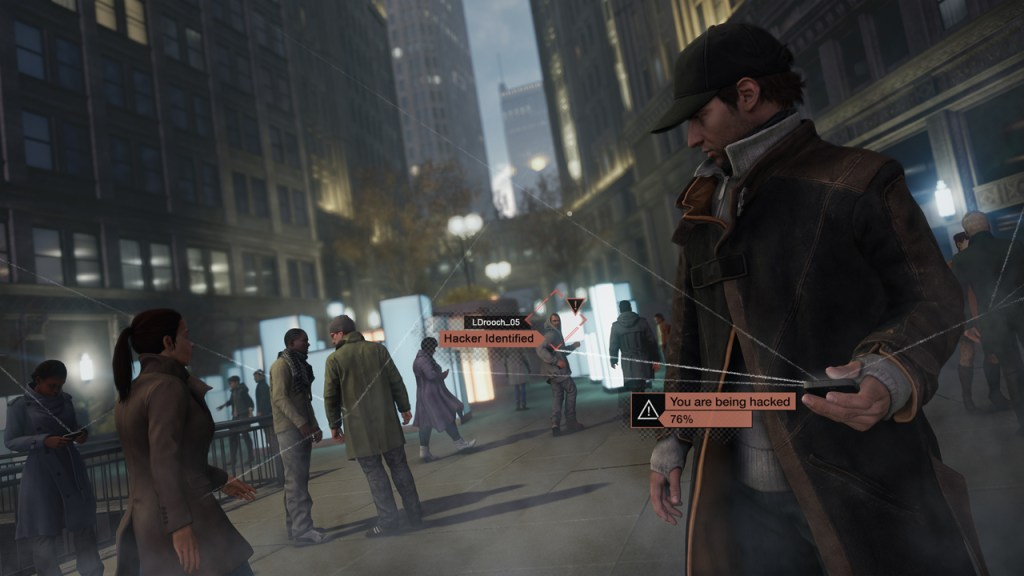 Above: GameStop is only getting better at selling digital content with the new-gen systems.

Buying stuff online typically requires a credit card or debit card. Some people don’t have those. Others do but worry about web security. In April 2011, Sony shut down its PlayStation Network service due to hackers breaking into the service and stealing the personal information of 77 million accounts, which included encrypted credit-card numbers.

Other people want to trade in their physical games for credit toward digital downloads. GameStop gives them the option to do just that.

But does GameStop make a lot from selling digital downloads and currency cards?

The retailer is obviously using its strengths as a physical retailer to take on a digital world, but is that actually making it any money?

“The way we’ve always articulated it is that [margins on DLC is] software-like,” said Bartel. “They’re very close to what we make on software. In some cases they’re a little less or a little more, but the other nice thing is that we carry no inventory, obviously.”

It’s easy to look at digital downloads replacing DVDs and Blu-rays and think that everything digital is phasing out everything physical. GameStop is evidence that the two are still very interlinked. The company is thriving these days, and that’s because it isn’t trying to stop digital from taking over. Instead, it is embracing the change.