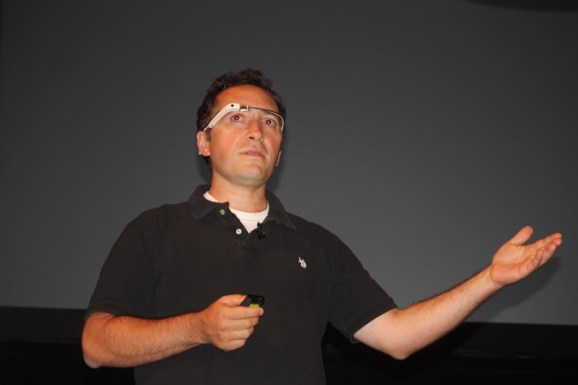 Babak Parviz, one of the leaders behind the Google X project and Google Glass, confirmed his move to Amazon on his Google Plus profile over the weekend.

In minimalist fashion, Parviz chose to announce the news with a simple photograph of the Amazon logo combined with the phrase, “Super excited!” But his Google Plus profile reveals a few additional details on the career move.

Having worked at companies ranging from tiny start-ups to huge corporations and universities in Europe and the US, I have found each one to be fun in its own unique way.

I founded and led a few efforts at Google (among them, Google Glass and Google Contact Lenses are public so far :) prior to moving to Amazon and work on a few other things now…

There is little detail on what Parviz may be doing over at Amazon, but people who have been paying attention to Amazon’s new product announcements may be able to guess. On June 18, Amazon announced that it would be releasing the Amazon Fire, its first smartphone. Optics designers like Parviz can could help propel these type of devices.

Over at Google, there is speculation that the company is preparing for the commercial launch of Google Glass, which reduces the need for researchers like Parviz at this point in the game. Ivy Ross, former Gap and Old Navy marketing chief, joined the Google Glass team back in May. Her background in marketing and design has fueled rumors that Google is moving forward with plans of a public release for Glass.

In any case, the world will have to wait and see how Parviz fits into Amazon’s big picture.