We’ve played a lot of great games so far this year, but the second half of 2014 looks absolutely fantastic.

That’s why, just as soon as we finished picking our favorite titles from the first six months of the year, we decided to also name our most anticipated games for the rest of 2014.

Once again, our staff made a varied list, but you will come across one name more than once. Don’t let the suspense kill you. Also, ignore that giant Dragon Age: Inquisition screenshot at the top of the story.

For my own sanity, I need to stay away from open-world games. Grand Theft Auto, Infamous, Elder Scrolls, Red Dead Redemption, Watch Dogs, or even Dead Rising … I get sucked in deeply in my attempt to complete every side this or that, with only strategy guides and wikis to act as life preservers. But I won’t be able to say no to spending hours and hours with the Caped Crusader.

I loved the first two games in this series, with their dark, moody visuals and Batman’s zip-around-anywhere mobility. To get all of that in the largest Arkham City yet? That’s a lot of side missions, Riddler challenges, exploring — and getting sidetracked.

When players hoot and holler after every multiplayer match, that game must be special. That’s the case with Evolve, where four people square off against a single human-controlled monster. The four act as hunters, tracking down the creature in a living environment. The monster can hide, but it may tip off the hunters if it scares some birds or other wildlife. The monster can become stronger by eating that wildlife, and the humans are in a race to find and defeat the creature before it can level up. The developers at Turtle Rock Studios have the right idea in pitting human minds against each other.

I still love isometric role-playing games more than these fancy-ass graphic-driven works people seem to prefer these days. Give me turn-based combat, tactical control of my party, leveling up, and juggling inventories and I’m happy. I’m especially giddy if you make a game that’s the supposed “spiritual successor” to one of my favorites, Planescape: Torment. But Pillars of Eternity (coming out “this winter”) has more than this going for it. It comes from Obsidian, the folks who know how to make story-driven RPGs (and I think they’re even better than BioWare at this). And one of the designers of the fascinating world of Numenera, a new tabletop RPG that has a funky sci-fi fantasy spin, is involved with Pillars, too.

I don’t know what’s going on, but I’m not really feeling triple-A games these days. Missions and cutscenes and tutorials are not what I want. This is why I’m excited for The Witness, which should hit PlayStation 4, PC, and iOS later this year. Jonathan Blow’s Thekla studio promises to give players a mysterious island to explore full of increasingly difficult line-drawing puzzles. No hand-holding. No cheesy Hollywood-wannabe narrative. Just gorgeous environments and instantaneously satisfying gameplay. 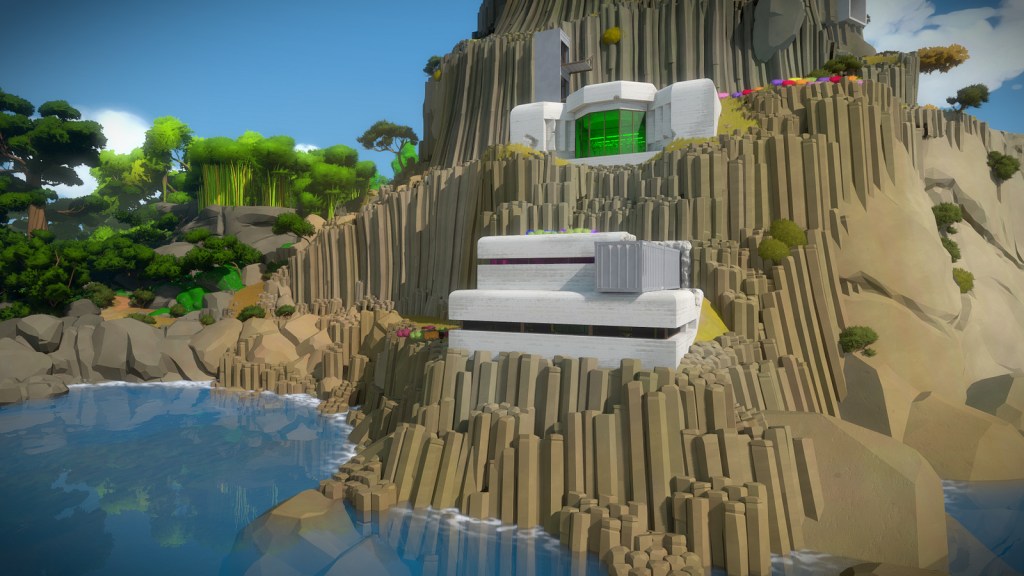 Above: Wow. Beautiful. I can’t wait to discover how it’s really about the Manhattan Project.

Few games can make me as happy as Super Smash Bros. can, so of course I’m excited for a new one. The Wii U version features gorgeous HD graphics that really look worlds better than 2006’s Super Smash Bros. Brawl on the Wii. Also, the new roster looks great.

I just hope that the online works this time.