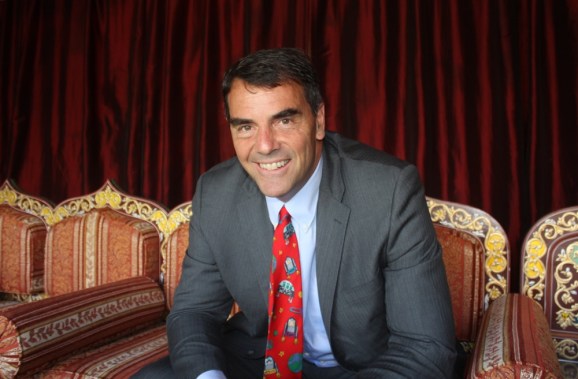 If you thought venture capitalist Tim Draper’s plan to split California into six states was ludicrous, get ready for two more years of intensely rolling your eyes.

Draper’s team will announce tomorrow that it has collected more than the 807,615 signatures required to put the constitutional amendment on the ballot, the San Francisco Chronicle reports.

However, because the deadline for this year’s election has already passed, this means that the measure will appear on the November 2016 ballot — more than two years off.

That will give Draper, a founder of prominent Silicon Valley VC firm Draper Fisher Jurvetson, plenty of time to try to sway public opinion on his proposal.

It would make Silicon Valley (including Oakland and San Jose as well as San Francisco) into an actual U.S. state, instead of just a state of mind and a TV show. Currently, public opinion is running about 59 percent opposed to Draper’s plan.

It would also turn San Diego and Orange County into South California; Los Angeles and Santa Barbara into West California, the agricultural Central Valley region into Central California, and Marin and Sonoma counties, plus Sacramento, into North California. The more remote counties further to the north would become Jefferson — a proposal that some people in that region have actually embraced in the past.

There are a lot of reasons to think that this proposal is ludicrous and unlikely to be passed. In addition to winning the approval of the people of California, it would also have to pass the California state legislature as well as the U.S. Congress.

Draper, of course, thinks his proposal is reasonable and that it would restore more accountability to government, as he explained to VentureBeat earlier this year.

But if the Chronicle’s report is correct, starting tomorrow we will have a lot more time — and reason — to talk about it in the coming two years.