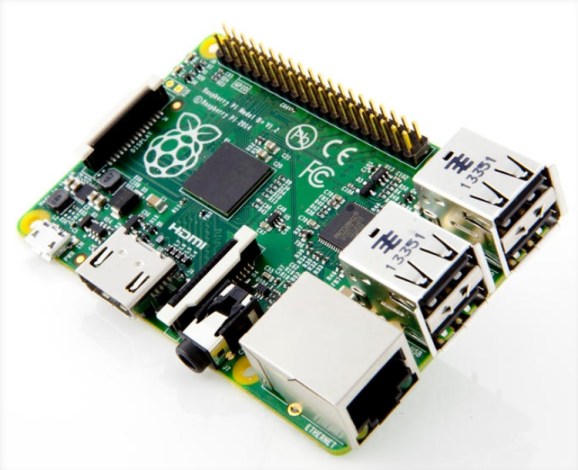 The Raspberry Pi microcomputer got a big upgrade today with new ports and a reduction in its already-low power requirements.

The original Model B sold more than 3 million units and helped start a boom in the hardware hobbyist movement. It was little more than a board that could output free software to a high-definition display, but its low price and capable features showed just how far computing had come over the decades.

Now the new Model B+ is available from suppliers that include Element 14, Egoman, Allied Electronics, and RS Components. The board alone will sell for the same price as the original B at $35. The device has a new microSD card for storage rather than the larger SD card on the previous model. It has 512 megabytes in main memory, as well as a Broadcom processor.

The Raspberry Pi Foundation describes the new model as “the final evolution of the original Raspberry Pi.” It has two extra USB ports, for a total of four. You can now connect a keyboard, a mouse, a Wi-Fi dongle, and a 2.5-inch hard drive all at once.

The GPIO board now has 40 pins, increasing the number of sensors that can be connected to it. It has a minimum power consumption of 600 milliamps at 5 volts, down from 750 milliamps. The older Model B will remain on sale.