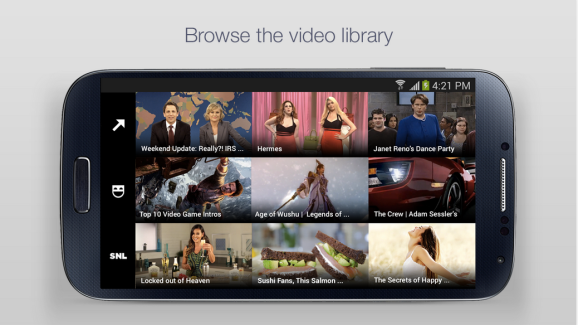 Yahoo has been bulking up its video content recently, but its most recent acquisition shows a shift in focus from content to delivery.

Yahoo has acquired streaming service RayV for an undisclosed amount of money, it announced on Friday. Founded in 2006, RayV has developed a software platform for high definition web and mobile streaming as well as a suite of content distribution and management services, the Wall Street Journal reports.

Yahoo has been moving quickly to build video content capable of competing with the likes of Netflix and YouTube. In April, the company announced it had commissioned two new comedy shows from Smallville executive producer Mike Tomlin and Freaks and Geeks director Paul Feig. Also in April, Yahoo started collaborating with events producer LiveNation to bring one live concert a day to its online audience. Most recently, the company clinched two deals, one for a sixth season of NBC’s cancelled show Community and one for the first episode of HBO’s latest series, The Leftovers

But the RayV acquisition is all about broadening Yahoo’s video delivery system, meaning possible tweaks to its existing online video platform and expansion into mobile video. Most of the RayV team, currently based in New York City, will move to Yahoo’s research and development center in Tel Aviv, according to Yahoo’s announcement.

Getting serious about the way it presents its growing arsenal of video content may attract new advertisers — an item high on CEO Marissa Mayer’s priority list.

Before being acquired by Yahoo, RayV had investments totaling over $40 million. Investors include Accel Partners, Argoquest Holdings LLC, Accrue Sports and Entertainment Ventures, Dragon Ventures and Metamorphic Ventures, according to the Wall Street Journal.