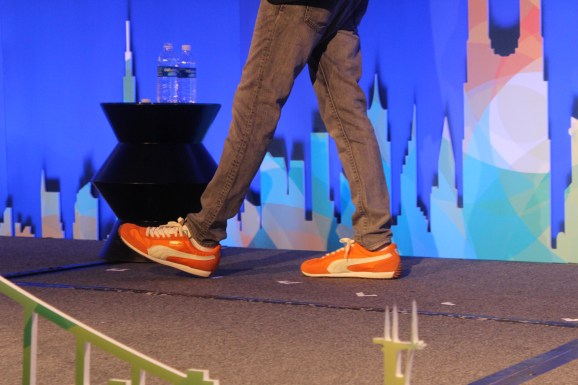 Just because Box isn’t as big as Google or Microsoft doesn’t mean Box won’t compete hard with those giants of technology.

The business-focused cloud-based file-sharing company announced today it would provide “uncapped storage” for all customers that pay for its business tier of service.

The “unlimited” button equates to jumping off of a precipice of sorts. It would be quite difficult for Box to incrementally bump up storage capacity now that it has reached for unlimited storage for more kinds of customers. Google invoked the “unlimited” option at Google I/O last month in announcing as much cloud storage space as people want through its Drive for Work program for $10 per person.

Microsoft has been rapidly slashing cloud storage prices, too.

But for Box to follow along, things could get challenging. The company could go public before long and grab more capital to work with, although that might not happen in the next few weeks or even months thanks to a recent $150 million funding round.

Box has been gradually improving its financial condition. Net loss from operations as a percent of total revenue has finally fallen below 100 percent. And that evolution could help it operate at vast scale with and make hefty data center storage purchases.

Box’s enterprise tier of service has offered unlimited cloud storage since 2010, according to today’s statement.