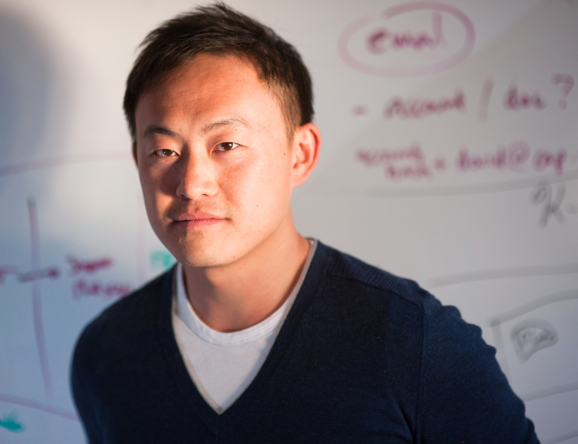 It hopes to serve more enterprise customers, especially those in the health system including government agencies, insurance companies and health care companies.

With that goal in mind, the startup announced a new $10 million round this morning, as well as a partnership with New York Life Direct, a division of the life insurance company New York Life, to digitize a large number of paper-based sales leads.

In November, Captricity announced a partnership with the Federal Drug Administration (FDA) to speed up data entry into FDA’s adverse drug event database.

These OCR engines are customized using machine learning. “Captricity uses human intelligence to create training data to train OCR engines,” said Kuang Chen, Captricity’s founder and chief executive, in an interview with VentureBeat. “These engines are stored per field of a form, so there are multiple engines per field. With more data, the engines get better over time.”

Captricity then uses people through Amazon’s Mechanical Turk service to double-check everything.

No wonder Captricity can boast a super-high accuracy for its image-to-text conversions. To work with FDA, it was required to take an accuracy test, and its accuracy rate came out above 99.99 percent, the company said.

“We are good enough for clinical trial,” said Kuang Chen, Captricity’s founder and chief executive, in an interview with VentureBeat. “This is the best accuracy that you can possibly buy with money.”

Say you are a health insurance company, and you get tons of paper applications every day. You want to take the application data and actually enroll these people, but you don’t want to have to hire people to type it in manually.

“They can hook up Captricity with their fax machine, and as the information is coming to the insurance company, actually by the fax machine, we can take these forms, and automatically process them in the cloud,” said Chen. “And let’s say the insurance company is using Salesforce for tracking their enrollment data. We can basically read right from the forms, put it right into Salesforce as leads, or opportunities, for the insurance company sales representatives to see who applied health insurance, what kinda of coverage they want, depending on the level of coverage, be able to take that information and do what they should do.”

Captricity’s competitors might include other web-based OCR tools such as ABBYY and Aspose.

The startup wants to use its new funding on marketing to capture more business and do more product development. It sees itself as the central data platform and the “API” between the players in the health system in the future.

“One thing we noticed that is they all exchange information with each other,” Chen said. “When we were working with the FDA, they were actually taking information from health care customers. When we were working with insurance customers, they were either giving information to the government, or taking information from the health care system. There’s a data ecosystem that exists in our health system. We want to become the data platform that helps the government, the insurance and health care, first make the paper processes more efficient and go digital, and then help them exchange information with each other, so that they become much much more efficient.”

Captricity has been around for three years. It raised a $4.5 million round in May 2013. To date Captricity has raised $14 million.

The startup is based in Berkeley, Calif., and has 25 employees. It plans to double its staff in the next couple years.