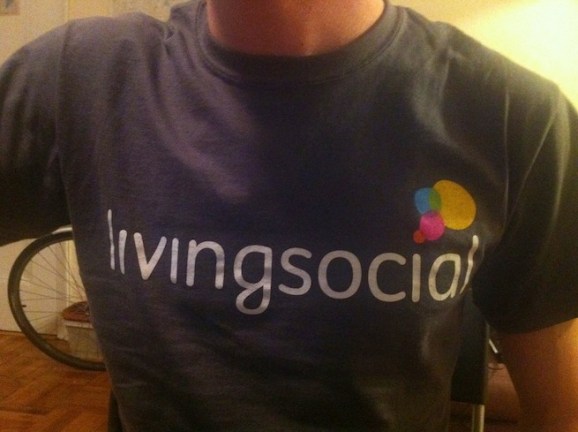 LivingSocial just named Gautam Thaker as its new CEO. According to Re/code, Thaker is lined up to replace co-founder Tim O’Shaughnessy as CEO and as a director on the company’s board.

This change up shouldn’t come as a major surprise. It was announced back in January that O’Shaughnessy would be stepping down. At the time, O’Shaughnessy stated in an email to his employees that he’d given “much thought” to how to move forward and realized there were many “benefits that could come from a new perspective and a new voice and approach at the top to lead us there.”

Prior to O’Shaughnessy’s announcement, two of the company’s other original founders stepped down amid general decline — Eddie Frederick in 2012 and Aaron Batalion in 2013.

The daily deals company rose to success quickly in 2010. It brought in $50 million in revenue in a single month in 2011. And the company itself was valued at $2.9 billion. Basically, things were good for the LivingSocial crew.

Unfortunately, interest in the daily deals craze waned by 2012 and the company ended the year on a sour note: a 10 percent workforce layoff and a $650 million net loss. Major ouch. The company pressed on, however, with investors putting $110 million more into it to help pull it out of the rut. That attempt didn’t seem to work, however. LivingSocial was valued at just $48.4 million by October 2013.

Gautam Thaker was most recently the CEO of Shopping.com, a site owned by eBay, and general manager of eBay advertising. Prior to that, he was the brand manager at Procter&Gamble. Under Thaker’s guidance, LivingSocial is looking for a new plan for growth.