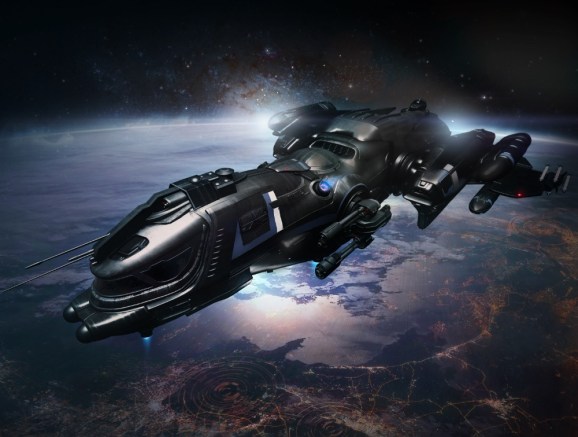 A freelancer ship in Star Citizen.

Developer Cloud Imperium has raised $48 million in crowdfunding from excited PC gamers who want a top-of-the-line space sim, but many of those players worry that the studio is going to shift resources away from PC to develop a version for PlayStation 4. That’s not the case, according to Cloud Imperium founder Christopher Roberts.

The developer recently got its hands on a PlayStation 4 development kit after months of building Star Citizen for the PC. While PS4 owners might find this exciting, many of Star Citizen’s PC backers thought this was evidence that the game would move from PC to Sony’s latest home gaming system. This prompted Roberts to come out and make a post on the game’s forums to declare that Cloud Imperium is not abandoning the PC version for PS4. He did outline the possibility of bringing Star Citizen to consoles but only if Sony and Microsoft let him make the game he wants. That potentiality didn’t stop him from throwing some harsh words at gaming-dedicated hardware.

“Star Citizen is a PC game,” wrote Roberts. “It will never be dumbed down for a lesser platform. We will not limit the input options or supported peripherals to the lowest common denominator. We will not pass on features and technology just because they will only run on some hardware configurations.”

Roberts explained that because Star Citizen is “primarily” a PC game, Cloud Imperium is supporting cutting-edge technology that will only run on PCs running top-end hardware. He also referred to the Xbox One and PlayStation 4 as “mid-level gaming PCs.”

Despite Roberts’ tough stance regarding the inferiority of consoles, he isn’t completely opposed to bringing Star Citizen to Xbox One or PS4. He does, however, have some stipulations for the platform holders.

“As for the next-gen consoles, PS4 and Xbox One, we have no current plans,” said Roberts. “But my stance remains open and is consistent with the many interviews I’ve given — if the platform holders allow our community to openly interact with each other across platforms, then I would consider supporting them.”

The developer noted that Sony seems the “most eager” to embrace independent developers. The publisher pursued Cloud Imperium and gave the studio PS4 dev kits.

“But we’ve been very clear on what it would take to get Star Citizen onto PS4,” he wrote.

Finally, Roberts wrote that while other PC developers, like Epic or Bungie, sold out as part of securing a financial deal with Microsoft, Cloud Imperium doesn’t have to do that because of its ample crowdfunding. Thousands of fans have combined to contribute millions to the game while it is still in development. In the last month alone, Star Citizen gamers added another $1 million to the project’s total, which puts its over $48 million.

Star Citizen is still in early development, but the developer released the alpha version of the dogfighting gameplay last month. It will continue to release updates and other gameplay mechanics throughout the year and into 2015.