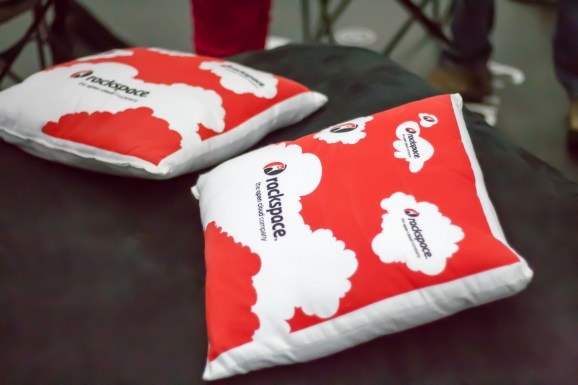 Cloud and hosting provider Rackspace has had it tough lately, relative to some competitors. Now the company is working to get into a more stable position.

It’s taking steps away from the raw cloud infrastructure market, which competitors like Amazon and Google have taken the spotlight, and instead doubling down on a role it knows well — seller of infrastructure bundled with real support.

In line with that shift, today the company unveiled a new way to charge for its public-cloud services. Rather than display prices that cover compute power as well as the “fanatical support” it has long boasted about, Rackspace will now break out the infrastructure cost from the support cost. That way, prospective customers can see more clearly why Rackspace costs more than the basic infrastructure from Amazon Web Services, Google, and Microsoft.

“We’re not an unmanaged commodity cloud provider,” chief technology officer John Engates said in an interview with VentureBeat. “We’ve never really been one. It’s just that customers would sometimes compare us in that light, and that’s not the right approach for us.”

Fierce competition in the cloud-infrastructure business has pushed many providers to think about how they can stand out. Now Rackspace is revealing its play, and it’s about support.

It’s not about performance or marketing, which the company has looked at, at least for short-term initiatives, in the past year.

Now is a good time for the company to instead move in a familiar direction. In February Rackspace pulled chief executive Lanham Napier and installed former chief executive and co-founder Graham Weston in his place. Two months ago Rackspace disclosed that it had roped in Morgan Stanley to consider partnership and acquisition offers. Cloud spectators have since started wondering what company might pick up Rackspace. And some executives have been fleeing the company.

Starting today, new customers can choose from two flavors of public cloud, both backed up by support people available 24 hours a day. The Managed Infrastructure option comes with help on architecture, security, and launching, while the Managed Operations option includes that plus support on a per-server or per-application basis, a dedicated account manager, and more.

Payouts for service-level agreements are going up, too, in certain cases up to 10 times as much as before, emphasizing Rackspace is serious about making sure customers get what they expect.

Amid all of the refocusing around offering a premium service, Rackspace doesn’t want to lose its appeal to developers seeking quick and dirty access to cloud server infrastructure. The new Developer+ program caters to that type of potential customer, with a set of starter services and no support charges.

“It’s a way for us to make sure we don’t sort of bypass or overlook the needs of a dev who is trying to build something but may not need that service level immediately,” Engates said.

But after a year, those customers will have to choose one of the two new managed-cloud options, or go somewhere else.

Despite the stripped-down nature of the developer-focused program, Rackspace is evolving its core message. Rackspace no longer pushes the “open cloud” label above all else, the way it did as recently as two months ago. The new big thing is managed cloud.

“If you show up at Rackspace and say, ‘I want infrastructure as a service, but I don’t want any managed cloud stuff,’ then you really can’t sign up for Rackspace, you won’t be a customer of Rackspace,” Engates said.