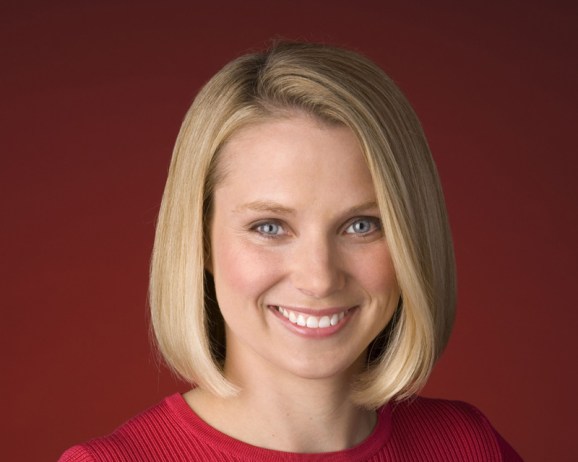 Investors are trying to hang on to the initial good feelings they had for CEO Marissa Mayer when she took the helm two years ago, but quarter by quarter, they’re finding it harder to do so.

The main storyline in the minds of Yahoo investors right now has nothing to do with Yahoo’s main business lines. It’s the 20 percent stake Yahoo holds in privately-held Chinese Internet giant Alibaba.

Alibaba, which has been a cash cow for Yahoo, is expected to hold an IPO next month. In perhaps the key take-away from today’s earnings announcement, Yahoo said it will hold onto a greater share of Alibaba post-IPO than originally planned.

“We have entered into an amendment to the share repurchase agreement with Alibaba, reducing the number of shares that Yahoo is required to sell at the IPO from 208 million shares to 140 million shares,” Yahoo CFO Ken Goldman said in a statement.

Alibaba has an estimated market value of $150 billion, while Yahoo is valued at $35 billion.

Yahoo said during the earnings call Tuesday that half the proceeds from the IPO would go to shareholders.

Yahoo’s overall revenue came in at $1.08 billion, down four percent from the same quarter a year ago.

“Our top priority is revenue growth, and by that measure we are not satisfied,” Mayer said in today’s announcement.

Net income came in well below the expectations of Wall Street analysts, who had projected net earnings of 33 cents per share.

Yahoo’s legacy display ad business showed further decline: It fell to $436 million, an eight percent decline from the year ago quarter. Google and Facebook, on the strength of superior social analytics and ad targeting data, have been steadily eating away at Yahoo’s market share.

What about mobile ads?

Perhaps most disturbingly, Yahoo has little to say about how it intends to grab a piece of the $17 billion (and growing) mobile advertising market. The company didn’t even break mobile ads out into a separate line item in its earnings report, which speaks volumes about the state of that business line.

Sure, advertising isn’t everything. It could be argued that Yahoo is improving its apps and services. Progress has indeed been made in rounding up the talent and resources needed to rethink and redesign Yahoo’s mobile apps.

But, you know, the ads pay the bills.

Yahoo should be well positioned — through long-standing relationships with major brands — to go toe-to-toe with Google, Facebook, and Microsoft to fight for share in the mobile ads space.