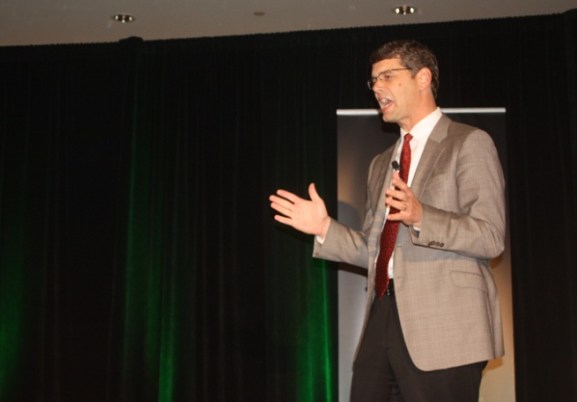 AMD is the No. 2 provider of processors for PCs, and its results relay how well the computer market is doing. Revenue for the quarter was $1.44 billion, compared to $1.16 billion a year ago. Net loss was 5 cents a share, compared to a net loss of 10 cents a share. On a non-GAAP basis, however, AMD made 2 cents a share in profit, compared to a loss last year of 9 cents. Analysts had expected earnings per share of 3 cents on revenues of $1.46 billion. In after-hours trading, AMD stock was down 14 percent.

“The second quarter capped off a solid first half of the year for AMD with strong revenue growth and improved financial performance,” said Rory Read, AMD president and CEO. “Our transformation strategy is on track and we expect to deliver full year non-GAAP profitability and year-over-year revenue growth. We continue to strengthen our business model and shape AMD into a more agile company offering differentiated solutions for a diverse set of markets.”

AMD’s strategy is to focus on businesses where its bigger rival, Intel, doesn’t dominate. AMD has focused on chips for game consoles and other semi-custom chips. It is also making low-power microprocessors for dense servers via its Sea Micro “microserver” business. And it is making new ARM-based 64-bit server chips that offer lower power than x86 (Intel-compatible) server chips.

Overall, the PC market is expected to shrink in units by 7 percent to 10 percent compared to 2013. AMD closed the quarter is $948 million. Computing solutions revenue was down 20 percent from a year ago, due to lower microprocessor shipments. Average selling prices for microprocessors were up from a year ago. The graphics and visual solutions segment revenue was up 141 percent from a year ago, thanks to sales of graphics chips for game consoles like the Xbox One and the PlayStation 4. AMD also has chips in the Nintendo Wii U.

During the quarter, AMD revealed details on its 64-bit ARM processor designs for low-end, low-power servers. For the third quarter, AMD expects revenue to increase 2 percent. Patrick Moorhead, an analyst at Moor Insights & Strategy, said, “AMD unfortunately wasn’t able to take advantage of the growth in business PCs, HPC servers or in scale-out data center servers. The good news is that they have some new design wins with HP business PCs that could help them later in the year and have a much improved server roadmap.”

In a conference call, AMD chief financial officer Devinder Kumar said that the overall PC industry has improved, but there is continued weakness in the consumer market.

Read said the game business is still strong but the growth in the year will be more even. The big game consoles — Xbox One and PS4 — launched last November. Lisa Su, chief operating officer at AMD, said that more consoles will ship in the second half of 2014 than in the first half.