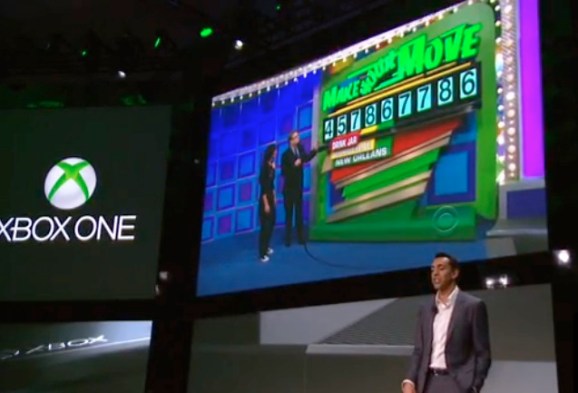 Updated at 11:26 a.m. We originally reported that the Halo projects could be in limbo. But a statement from Microsoft shows it is not. We regret the error.

Microsoft has decided not to continue its pursuit of original programming, despite having spent the past several years (and boat loads of money) ramping up plans for an entire slate of exclusive TV series.

Microsoft’s new head honcho Satya Nadella notified employees about the shut down of its Xbox Entertainment Studios division in a company-wide memo today, reports Re/code. The news comes on the heels of Nadella’s decision to lay off around 18,000 employees from the company over the next year as part of a massive restructuring process, with the bulk of those employee pink slips being handed out to former Nokia workers. Now, we can add Xbox Studios to that list, too.

The Halo Nightful project, the Halo TV series, and the documentary on Atari will remain in production despite this action.

“Nancy Tellem, Jordan Levin and some of the XES team will stay on and remain committed to original programming already in production like the upcoming documentary series ‘Signal to Noise’ whose first installment takes on the rise and fall of gaming icon Atari, and of course, the upcoming game franchise series ‘Halo: Nightfall,’ and the ‘Halo” television series, which will continue as planned with 343 Industries.”

And while the move is a bit surprising giving the previous attention Microsoft gave to Xbox Studios, the decision isn’t entirely out of the blue. Plenty of Microsoft shareholders have grumbled for years that Microsoft should sell or shut down its consumer-focused gaming division, especially in light of the company’s struggle to make its Xbox One console a regular entertainment hub in the living room. (Also, there are tons of new players with the same strategy of building original content to appear exclusively on their platform, namely Sony’s PlayStation Network and Amazon’s Prime Instant Video exclusives.)

When you combine the above points with the irritation Xbox fans had with the company’s focus on entertainment at last year’s E3 event, the decision doesn’t seem like much of a surprise at all actually. It is, however, a shame because Microsoft’s Xbox Studio strategy did seem very promising.