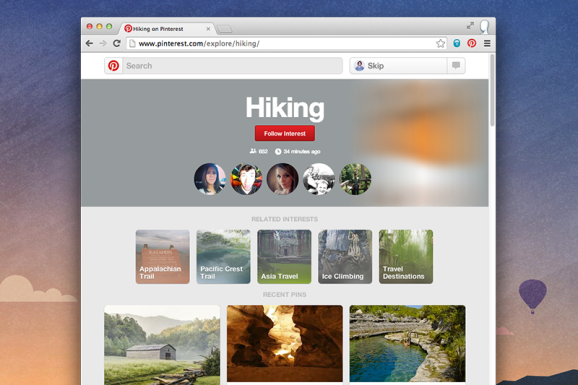 Pinterest today launched a major update to its category pages, enabling users to follow topics like “Outdoors” and “Art” on iPhone, iPad, Android, and the Web.

Although non-Pinterest users might yawn at today’s update, this is truly a noteworthy change for fans of the service; it makes it far easier for users to discover new content about things they care about, while completely ignoring whatever bores them to tears.

Design fans, for example, can now subscribe to a feed of Pinterest’s top design-related pins, while never interacting with the service’s “Health and Fitness” section.

According to Pinterest’s announcement, the changes are rolling out now in English first. That’s code for: if you don’t see the updates yet, hang tight.