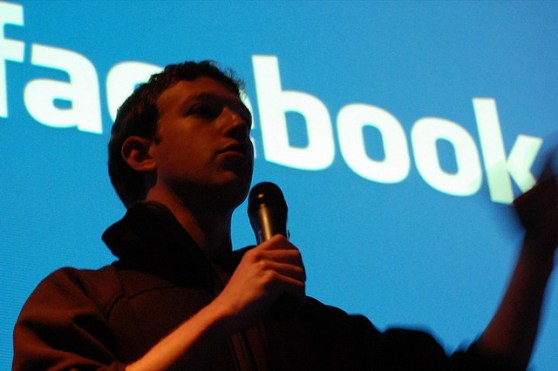 Advertisers on Facebook see the emerging method of sequential mobile advertising as a way to better control their branding message with consumers on social media.

Sequential video advertising allows marketers to place targeted video ads in front of a user when they click an ad on their mobile device. Based on what the person clicks, and what the product or message is, marketers are then able to follow up with similar video ads as they hop from one device to another.

By creating a sequence of targeted ads, marketers can build up a pitch from one video to the next — starting with a “pitch” video and ending with a “sell” video intended to close the sale.

VentureBeat spoke to two sources who requested their names not be used because the information they were describing was based in conversations with Facebook executives.

“Video is where its going,” an advertising executive who works with Facebook told VentureBeat. “With unique profile IDs, you have the ability to better sequentially target content for users as they embark on their journey through the social media funnel.”

The same executive added: “Sequential video advertisers gives marketers the ability to place different messages that can build upon each other. This gives you greater control over the delivery of your message.”

Another mobile executive who works with Facebook told VentureBeat that advertisers want to better control, and deploy, product messages. But they are content, for now, in permitting Facebook and others obtain user data to target their ads.

For its part, Facebook uses a combination of its own in-house analytics and partners for the task of ad targeting.

Facebook is able to amass tremendous amounts of user data based on information contained in in its users’ profiles as well as their activity. That includes information on who you interact with and where you like to shop, for example. That data is gold to advertisers, keen to take advantage of Facebook’s 1.2 billion users.

“The writing is on the wall. Sequentially targeted ads are hugely efficient and ultimately cost effective. They have greater relevance for advertisers and better targeting,” said the second source, who has knowledge of Facebook’s mobile ad strategy.

“Anecdotally, it’s very promising. Facebook is putting a lot of effort into it,” the same source added.

A Facebook spokesperson declined to comment on the Liverail deal because it hasn’t closed yet. The spokesperson told VentureBeat that the social media giant began incorporating video ads into user feeds years ago but that in March, the company unveiled Premium Video for advertisers.

Video ads are an important component of Facebook’s market strategy. You can see a blog post on the subject here.

The two mobile executives said Premium Video Ads was a definite upgrade to earlier iterations of mobile video ads and that the company was focused on evolving their mobile ad technology with better tools for advertisers. And they both pointed to discussions with Facebook executives that the company is tweaking and testing new forms of mobile ad deployments likely to be unveiled by years end.

“Premium Video Ads are designed for advertisers who want to reach a large audience with high-quality sight, sound and motion. Each 15-second video ad will start playing without sound as it appears on screen and stop if people scroll past. If people tap the video, it will expand into a full-screen view and sound will start. People can expect to begin seeing these new ads over the next few months.”

Facebook’s analytics and targeting capabilities are second to none, the sources both said. The sources told VentureBeat that the exceptionally detailed information on Facebook’s 1.2 billion users is ripe for the unveiling of upgraded targeted and video ads that possess many factors of consumers, including where they live, shop, and eat.

“It’s all in the context. Facebook knows more about you than Google does. They know who you’re friends and family are, and what kind of hair gel you use. They’re saying ‘we have more information on you and we know everything,” the second source said.

“We believe that LiveRail, Facebook and the premium publishers it serves have an opportunity to make video ads better and more relevant for the hundreds of millions of people who watch digital video every month. More relevant ads will be more interesting and engaging to people watching online video, and more effective for marketers too. Publishers will benefit as well because more relevant ads will help them make the most out of every opportunity they have to show an ad.”

“Sequential content delivery in ads sends a top-level message to consumers that brands know who they are. The reach and frequency of video ads allows Facebook the ability to reach out to users more effectively. Video is very powerful, and Facebook is committed to that pipeline of direct response,” the first source told VentureBeat.

At Facebook’s F8 conference in April, the company unveiled Audience Network, its enhanced advertising platform, furthering cementing the social media kingpin’s belief that mobile video ads are another important way to increase their share of the mobile ad pie.

Facebook has made solid strides into its mobile ad strategy over the last year alone. A study by TGB Digital showed Facebook’s ad click-through rate is four times higher than arch-rival Twitter’s, with 1.1 percent compared to Twitter’s 0.266 mobile CTR.

And at the F8 conference, Facebook chief Mark Zuckerberg declared that his company had become a mobile-first player.