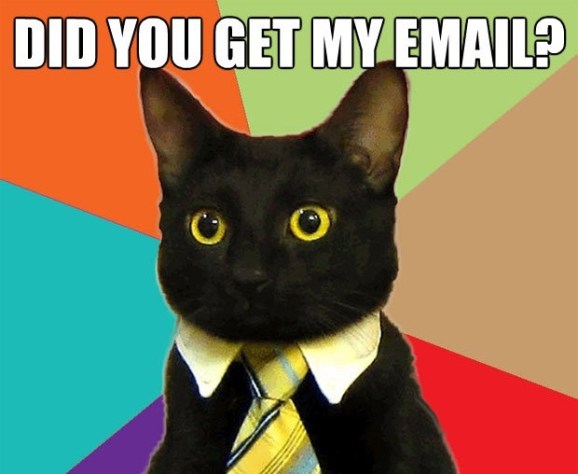 Let’s face it, your inbox is no place for files.

In yet another move meant to bring sanity to your inbox, MxHero is targeting something we all love to hate: email attachments.

The company, which provides a variety of tools meant to upgrade your email experience, is today launching Mail2Cloud, a suite of apps that will allow you manage your attachments via cloud storage solutions like Box and Google Drive.

By breaking your attachments out of your inbox — a place that was never really suited to extensive file management in the first place — Mail2Cloud opens up new possibilities like instant backup, better file search, and far more control over the files that you send to people. Its “Fusion” app, for example, automatically uploads all of the attachments coming through your inbox to cloud storage and lets you track who’s opening the attachment in real time. Links to the files are automatically included at the bottom of your messages (most people likely won’t even be able to tell you’re using a separate app to manage your attachments).

Mail2Cloud may seem a bit redundant at first glance: After all, online email offerings like Hotmail and Gmail were among the first “cloud” services. And I know many people who end up using their inbox as pseudo-cloud storage. But while email services have gotten better at things like managing spam and highlighting important messages, attachment management hasn’t changed much over the years.

MxHero has spent the past few years figuring out how to integrate email attachments with cloud services, founder and CEO Alex Panagides tells me. Mail2Cloud wouldn’t have been possible a few years ago, he says, due to the sorry state of cloud storage APIs. But now the industry has reached a point where companies like MxHero can actually implement cloud storage integration in new ways. 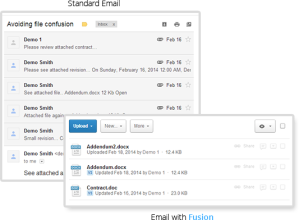 Above: A comparison of Mail2Cloud’s attachment handling vs. Gmail’s built-in method.

For the most part, Mail2Cloud seems to be an upgrade in almost every sense. Moving your attachments to the cloud means you won’t have to worry as much about reaching your inbox size limit, something that could be very useful for businesses that haven’t upgraded to online email solutions. It’s also useful if you need to exchange sensitive files — Box is HIPAA compliant, whereas many email systems aren’t.

The only thing you lose with Mail2Cloud is the ability to preview attachments directly within your email messages. But, as Panagides is quick to point out, the preview mechanisms on Box and Google Drive are far more powerful than most mail systems. Box, for example, can preview Adobe Illustrator files — good luck getting that on your email service.

One Mail2Cloud app can also archive all of your email messages, something that could be useful for the truly paranoid. And of course, once all of your mail is sitting on cloud storage, you can also share it with specific people.

Mail2Cloud can integrate with all email systems, and it’s also working on integration with Dropbox and Microsoft’s OneDrive. The main Mail2Cloud suite (which includes the Fusion, archiving, auditing, and tracking apps) costs $3 per user a month, while the mail importer feature is another $3 a month. The Retriever app, which can dive into your inbox and pull out all of your files and messages, costs $9 a month (or $29 a year).

In my testing on one of MxHero’s corporate Gmail accounts, I saw attachments that I sent and received immediately pop up in an associated Google Drive. Files are organized by conversation threads, so several attachments in a single email chain show up in a single folder. I didn’t have a chance to integrate Mail2Cloud with my personal inbox yet, but that’s something I’ll be testing out soon.

The big problem for MxHero is that many mail providers are already eyeing similar functionality. Google has slowly integrated the ability for you to send email attachments directly to your Google Drive (though that capability isn’t automatic yet), and Dropbox is definitely up to something now that it owns the Mailbox app. Panagides says his company differs by offering useful email management services for all mail providers.