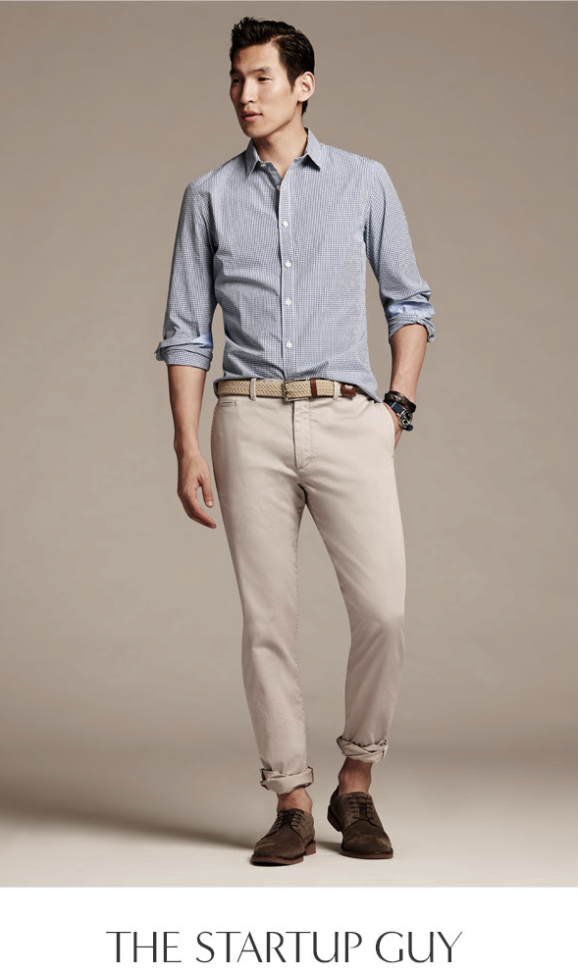 Do you want a look that says “work hard, play hard, disrupt hard”? Well, then, the Gap’s Banana Republic has all the business casual you can handle, lovingly called “The Startup Guy.”

The fashionable technologist struts about SOMA in a “cool belt,” “half-tucked shirt,” and a crumpled pants cuff that reveals sexy calves behind brown suede loafers.

San Francisco has long had a notorious rebellion against high-end fashion. Mark Zuckerberg used to wear a hoodie everywhere, even to the chic tech awards show, The Crunchies and — famously — onstage at the D8 conference.

Indeed, some people think that Silicon Valley has no style at all. “Vanity Fair struggles to find Silicon Valley’s ‘Best Dressed,'” ran a headline from ZDnet, for a list of fashionistas that sometimes hailed from outside the Bay Area.

But, if you can’t beat ’em, why not join ’em? Banana Republic has taken the bold move of transforming anti-fashion into the summer’s must-have threads. You can check out the entire line here.