It’s a Darwinian world out there. And not many are winning.

In addition, while games dominate the app stores, game developers are struggling. A third of developers are making games, which is low, considering that games are by far the most popular type of apps, and about half of all apps downloaded are games.

230 app developers with 9,000 apps and 397 million MAU
told us what works best in mobile user acquisition

To solve that revenue problem, many game developers release more than one app. In fact, the majority of those making over $100,000/month have published a minimum of 11 games in an effort to give themselves more chances at the app store lottery.

Building and marketing multiple apps helps developers learn from their mistakes, though, and that learning is critical, as developers who use third-party tools for development, for analysis, and for monetization are much more likely to make good money, according to the Developer Economics study. 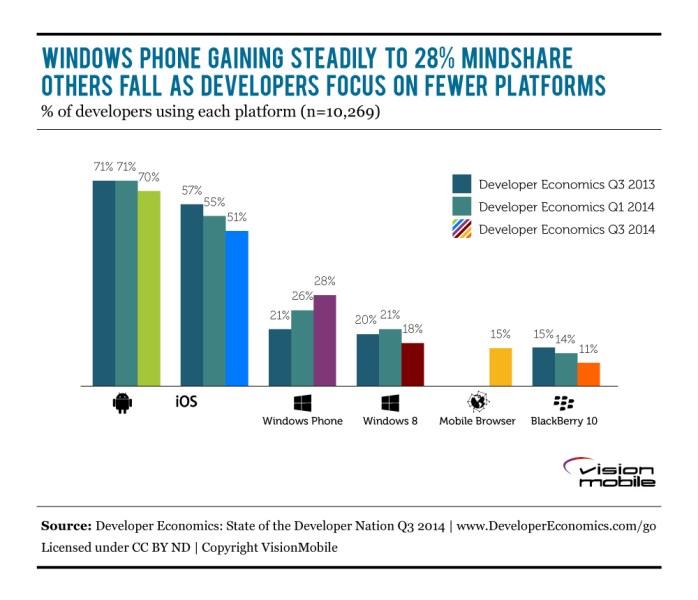 One other interesting thing about iOS and Android developers: Big chunks of them are not using native languages to build their apps. In fact, 47 percent of iOS developers are not building in Objective-C, and 42 percent of Android developers are not building in Java, meaning that they’re likely using third-party development tools that allow them to create apps in simpler languages such as HTML, CSS, and Javascript. Those tools, of course, also enable cross-platform development without re-coding.