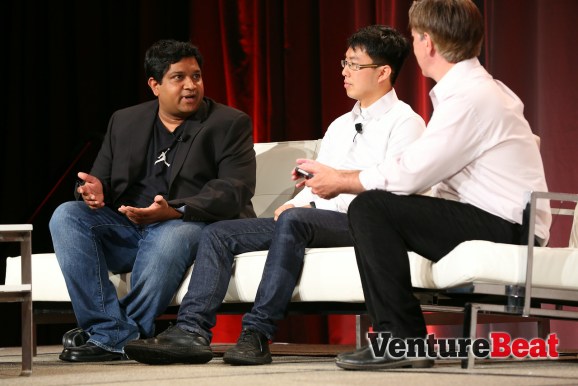 A patent-infringement lawsuit between two application-monitoring software companies just got much more interesting.

CA, a publicly traded legacy business software provider, said today it has introduced some significant new findings into its case against fast-growing competitor AppDynamics that’s pending in the U.S. District Court for the Northern District of California.

AppDynamics founders Jyoti Bansal and Bhaskar Sunkara “secretly began to develop an Application Performance Monitoring (APM) product and business to compete directly with CA while they were still CA employees,” CA said in a statement.

Now CA wants the court to rule that it owns the code Bansal and Sunkara wrote before they left CA, and “any derivative works.” CA also wants the court to impose an injunction on AppDynamics that would stop it from “the misuse of CA’s intellectual property.”

AppDynamics called the charges meritless in a statement. “All AppDynamics code was written independently by its founders and is clearly protected under California law and public policy, including California Labor Code Section 2870,” AppDynamics said.

Still, a ruling against AppDynamics could have serious implications, as AppDynamics faces competition from CA as well as New Relic, among others. New Relic has been on the verge of going public and recently took on more capital that helps it put off that move.

Meanwhile AppDynamics has been diversifying with more analytics capabilities.

CA made its discovery in the run-up to a trial for the patent infringement case CA originally filed in New York last year. Bansal did not sound intimidated by the suit in an interview with Bloomberg last year.