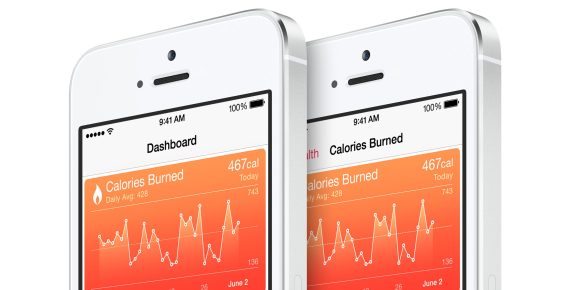 The Food and Drug Administration (FDA), which regulates everything from heart monitors to horse vaccines, will soon have its hands full with consumer health apps and devices.

The vast majority of the health apps you’ll find in Apple’s or Google’s app stores are harmless, like step counters and heart beat monitors. They’re non-clinical, non-actionable, and informational or motivational in nature.

But the next wave of biometric devices and apps might go further, measuring things like real-time blood pressure, blood glucose, and oxygen levels.

You’ll begin to see these more advanced biometrics as we move from single-purpose fitness trackers like FitBit to more all-purpose devices like Apple’s upcoming “iWatch.”

Some have wondered if the FDA, in its current form, is up to the task of regulating these increasingly sophisticated devices and apps. Some in Congress have introduced bills calling for a new FDA office specifically tasked with approving and monitoring health apps.

The FDA is charged with keeping watch on the safety and efficacy of consumer health products. Lately, that includes more clinical apps as well as devices you might buy at the drugstore, like a home glucose testing kit.

“It’s these apps that the FDA says it will regulate,” David Bates of Brigham and Women’s Hospital and Physicians Organization told VentureBeat in June. These apps will have to go through the full 510(k) process,” he said.

Dr. Bates chaired a group to advise the FDA on how to review health apps for approval, and on how the FDA should advise developers.

“It was intended to help them think through the risk factors involved with these products and then give guidance on how to stay within the guidelines,” he said.

“The device makers were asking from some guidance from The FDA on what types of things would be accepted and what wouldn’t,” Bates said.

Bates believes the FDA wants to use a light regulatory touch when looking at new medical devices. “The FDA definitely wants innovation to continue in clinical devices,” he said. “In general the FDA knows that the vast majority of apps are just informational.”

The FDA’s final guidance focuses on a small subset of mobile apps that present a greater risk to patients if they do not work as intended.

FDA spokeswoman Jennifer Rodriguez writes in an email to VentureBeat that her agency has become more focused in its regulation of heath apps.

“The mobile medical apps that the FDA is focusing on may impact the performance or functionality of currently regulated medical devices or may independently pose a greater risk to consumers,” she writes.

The FDA, she writes, is mainly concerned with two types of app/device combinations:

“We encourage app developers to contact the FDA as early as possible if they have any questions about their mobile app, its level of risk, and whether a premarket application is required,” Rodriguez adds.

The problem is that the line between “consumer-focused” and “clinical-focused” may be getting blurrier — and may continue to move.

Some of the consumer health apps and devices that will soon be connecting with the new health platforms offered by large tech companies like Apple (Health Kit) and Google (Google Fit) may present new mixtures of clinical and non-clinical features and functions. The agency is now, and will need to continue, refining its review and approval process for such products.

And many app and device developers may look for reasons to assume their product falls outside the scope of the agency. They won’t have to look very hard.

“The FDA approval process is a lengthy one and there is a significant capital outlay involved,” Brigham and Womens’ Bates told VentureBeat. “They must pay for attorneys to help with the long application preparation process.”

Many developers have, and will likely continue to “go it alone,” developing independent of FDA guidelines, under the assumption that their product is non-clinical.

And what about the apps and devices that receive FDA approval, then pivot or evolve into a more clinically oriented purpose later on?

Those two groups create a large class of products that exist outside the regulatory gaze, and could potentially harm consumers if they give inaccurate or otherwise misleading information.

An inaccurate blood pressure or blood glucose level reading could lead to an unnecessary trip to the emergency room. Or worse, and app might fail to detect a serious problem, causing the user to neglect to seek necessary medical help.

Epstein Becker & Green attorney Brad Thompson believes the FDA needs a special group to monitor consumer health apps and devices that are already being used in the wild.

“Within the compliance division at the Center for Devices and Radiological Health, (that’s the unit within FDA that has responsibility for medical devices), they should develop a small unit, perhaps even just one person, to spend their time looking at the various mobile app marketplaces, searching for certain keywords that are indicative of FDA regulated functionality,” Thompson says.

“When they find an app where the promotion seems to cross the line into regulated territory, they should send a gentle letter to the company pointing that out and asking what they’ve done to come into compliance,” Thompson says.

“It would really not take much in the way of resources to do exactly that. I think they’re doing a little bit of that now, but not very much,” he adds.

The big software companies (Apple, Google, and Samsung) have brought attention to, and lent credibility to, apps and devices that do more than count steps. These companies are building large cloud platforms designed to collect health data from all sorts of health apps and devices.

But most agree that none of these software giants want to get caught up in any large scale entanglements with government agencies over product safety regulations.

“At the end of the day, whatever they [the large tech companies] create should be designed to be interoperable with both the consumer world and clinical world,” says Dr. Molly Malouf, MD, an expert in digital health technology, in an email to VentureBeat.

“The big tech companies have to be smart enough to recognize the regulatory barriers and to hire FDA approval experts,” Malouf says.

And what if the devices and apps connecting with these large clouds do start trending toward serious clinical and diagnostic applications? Would the big platform plays like Health Kit, Google Fit, and SAMI suddenly be reconsidered and shut down after causing the companies too much legal exposure?

Well, it wouldn’t be the first time. Look no further than Google’s doomed attempt at putting health records online back in 2011.