Video ads are now the No. 1 way to acquire new people for top-grossing app developers, according to a developer survey by AdColony.

That’s no surprise, considering AdColony is a provider of video ads. But even considering the source of information, the survey says a lot about the current state of getting mobile users. Bryan Buskas, the senior vice president of sales and performance advertising at AdColony, discloses the survey results at a 1:30 p.m. Pacific session today at the Casual Connect game conference in San Francisco. 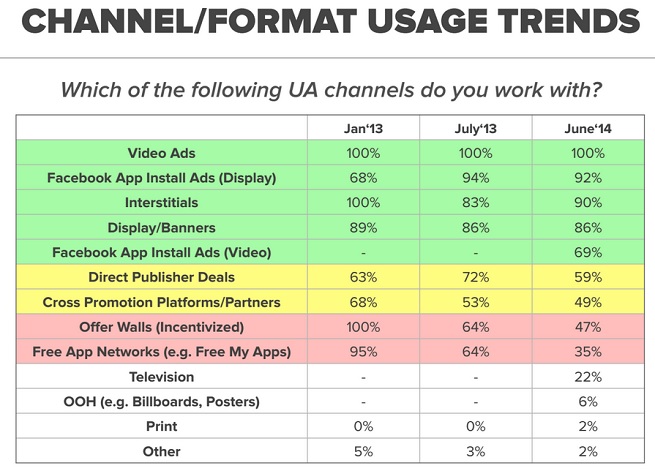 AdColony found that 100 percent of developers now use video ads, compared to 92 percent for Facebook ads, 90 percent for interstitials, and 86 percent for banner ads. Display ads are starting to decline in popularity as the volume of installs has become one of the least-important key performance indicators (KPIs) for successful mobile apps.

Indeed, AdColony is not the only one to discover the effectiveness of video ads. VentureBeat broke the news last week that Facebook will soon be rolling out “sequential” targeted video ads in its mobile apps, as advertisers continue clamor for this medium.

Also, AdColony — and mobile video — figure large in VentureBeat’s recent report on the most effective methods for mobile app monetization.

The AdColony survey shows that fewer than 25 percent of developers consider banner ads to be effective at acquiring users. User quality is now the No. 1 factor in evaluating a campaign’s performance, according to 96 percent of developers. Free app networks and offer walls are now the fastest-declining ad formats; they now see use from less than 50 percent of the top-grossing game advertisers.

Ad budgets are growing as the business becomes more global About 88 percent of developers agree that their user acquisition campaigns are larger and more global so far this year.

For 2015, 43 percent of developers are most excited about using video ads for user acquisition. The survey was conducted from June 2 to June 23, and it had a 49 percent response rate. 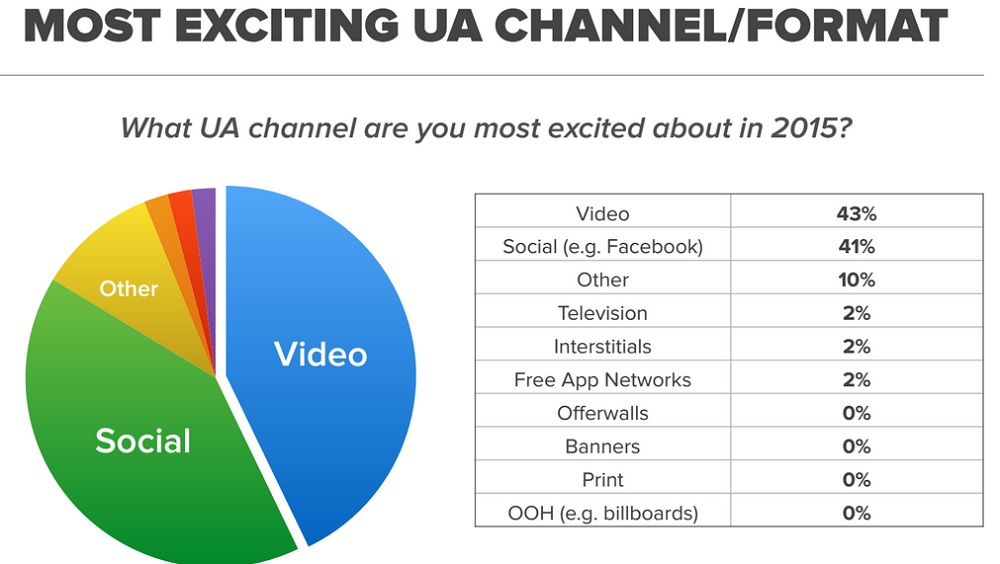