It’s almost over. Telltale Games has released the penultimate installment of its episodic adventure series The Walking Dead: Season Two — Amid the Ruins. Picking up immediately after Episode 3’s cliffhanger, Clementine and her group of survivors use a herd of walkers to escape the villainous Carver’s camp. Now back on the road (and with me playing on PC), the ragtag group is low on supplies, a baby is on the way, and infighting and distrust threaten to tear them apart.

The focus on character development

“Groups fall apart. People get killed,” Jane, a pragmatic loner and new addition to the group, tells Clementine early in the episode. Now that Season Two’s main antagonist, Carver, is dead, the mental state of Clem’s group and whether it can survive has become the focal point of the remaining episodes.

As they deal with one dire situation after another, they begin to crack under the stress. After nearly being beaten to death and suffering so many tragic losses, Kenny is becoming a little unhinged, to the point where others question whether they can trust him. Rebecca worries about her impending motherhood, and Sarah, now without a parent to protect her, becomes nearly catatonic when faced with dangerous situations. It’s easy to see Jane’s point, and whether Clementine should leave and strike out on her own seems to be the big decision Telltale is leading up to in the series’ finale.

Telltale isn’t going to make the choice easy. It’s done a good job this season of making many of its characters likeable. Even newcomers like Jane and Mike worm their way into your heart quickly. Although Jane is the stereotypical loner with a tragic past, she quickly becomes a sort of big sister and mentor to Clementine in a short amount of time, while Mike provides some much-needed levity in what is otherwise a grim game. 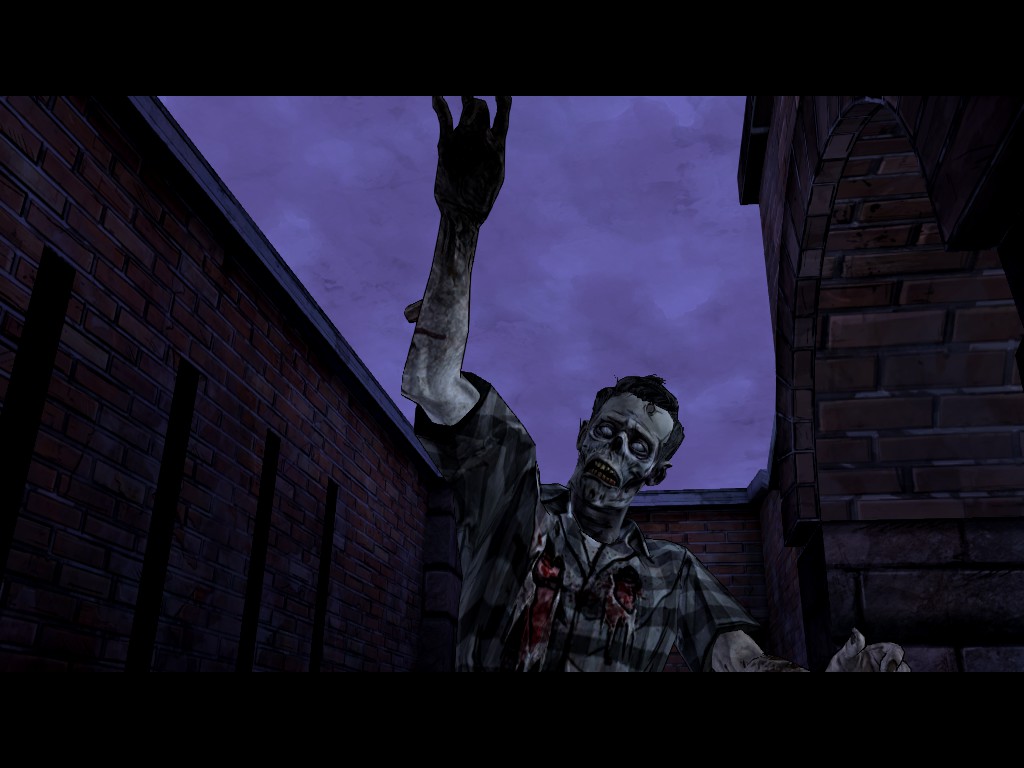 Above: A walker gets too close for comfort in The Walking Dead Season 2: Episode 4 — Amid the Ruins

The Walking Dead is known for its difficult choices, and some of the decisions in this episode are especially tough. They’re morally gray decisions that anyone would have a hard time making, particularly a child like Clementine. Don’t be surprised to see the dialogue timer nearly run out while you wonder if the decision you’re about to make is the wrong one. Sometimes, it will be. More than one character will meet their end by the time you finish Amid the Ruins, and their deaths will be a direct result of your actions. Even decisions that seem right at the time can, and will, bite you in the ass.

The Walking Dead still suffers from the occasional glitch, like a sound effect unintentionally looping over and over until you quit the game and reload. Trying to click on a precise spot on a zombie during action sequences can be a little tricky. But these are only minor complaints in what is otherwise a fast-paced adventure that will keep you riveted for its short duration.

Like many penultimate television episodes, Episode 4: Amid the Ruins serves to set up the series’ finale by applying pressure to The Walking Dead’s characters and upping the stakes. Clementine’s group has never been more desperate. Where they go from here is anyone’s guess.

Episode 1: All That Remains
Episode 2: A House Divided
Episode 3: In Harm’s Way