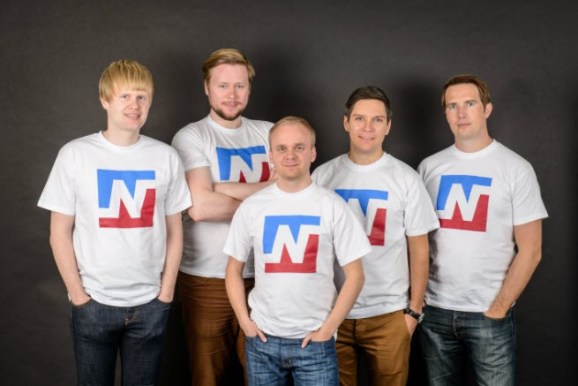 Lionsgate, the film studio that made The Hunger Games and Divergent movies, has formed a strategic partnership with Finnish mobile games developer Next Games and will make an investment in the startup’s financing round.

Peter Levin, president of interactive ventures and games at Santa Monica, Calif.-based Lionsgate, said in an interview with GamesBeat that the move is part of the movie studio’s recently announced expansion into gaming. In April, Levin joined Lionsgate to lead game deals based on Lionsgate’s intellectual property.

“Gaming is a logical next step in extending our content portfolio, and we’re very excited about the potential of our partnership with Next Games,” said Levin. “Their management team has a proven track record of creating popular and successful brands for some of the industry leaders in the gaming space, and their passion, innovation and entrepreneurial culture are a perfect fit with our own. We see them as a prolific source of the next generation of games, creating exciting and engaging properties based on our franchises as well as new content that we develop together.”

Levin is already close to Next Games because he helped orchestrate a $6 million investment in Next Games in his previous job as an investor at Los Angeles-based York Ventures.

“I couldn’t be happier to bring Lionsgate, one of the leading entertainment companies and premier content producers, on board with us. They have proven their strength in not only creating fascinating new stories for the world but doing a stellar job of marketing and turning them into blockbuster entertainment franchises,” said Next Games CEO Teemu Huuhtanen.

Levin will be a speaker at our upcoming GamesBeat 2014 conference on Sept. 15-16 in San Francisco. Levin said he wants to create games based on Lionsgate’s critically acclaimed properties. Those include The Hunger Games, Divergent, Warm Bodies, and others in its library of 15,000 films.