Valve is working on its own controller for gaming on PC, and while it started out strange and different, it’s evolving into something more familiar with every revision.

The gaming company updated its Steam digital-distribution client earlier this week, and it included new documentation about the company’s upcoming controller. It looks like the company is adding an analog thumb stick to the device that previously only had concave touchpads and face buttons. In this latest revision, Valve replaced the left face buttons with the thumbstick.

We’ve reached out to Valve for more. We’ll update this post with any new information.

The company first revealed the Steam controller last year, and it at some point in 2014. In May, however, Valve decided to delay its debut into 2015. That means this is potentially not the last revision that we’ll see.

The Steam controller is part of a wider Valve initiative to spread the influence of PC gaming. In September, the company unveiled the controller alongside its plans for the SteamOS platform. Valve intends to use that Linux-based operating system to release console-like PCs called Steam Machines in an effort to liberate PC gaming from its reliance on Microsoft’s Windows.

Of course, the controller also works with Windows PCs as well.

As for the controller itself, most gamers still aren’t sure what to make of it. The version Valve showed off in September didn’t have an unorthodox layout and also had a touchscreen. The company has since removed the screen and morphed the layout to something that looks closer to the Xbox One or PlayStation 4 controllers.

As recently as the Game Developer’s Conference in March, Valve was showing off the Steam controller with no analog stick. Check that version out below to spot the differences: 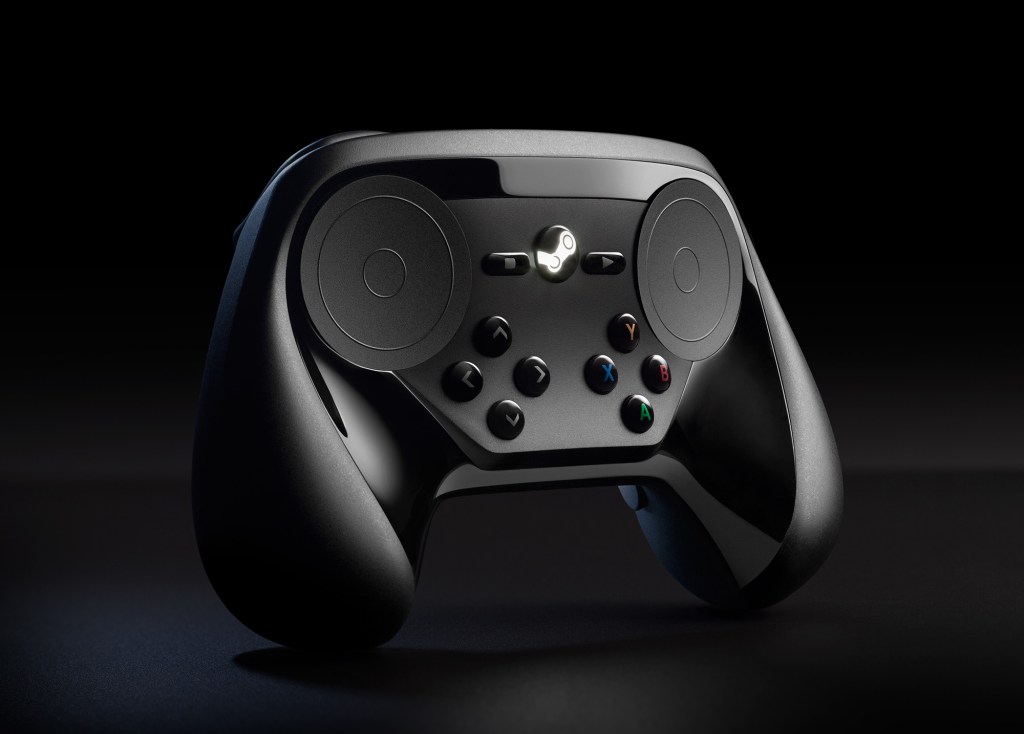 Above: Early revision of the Steam controller.