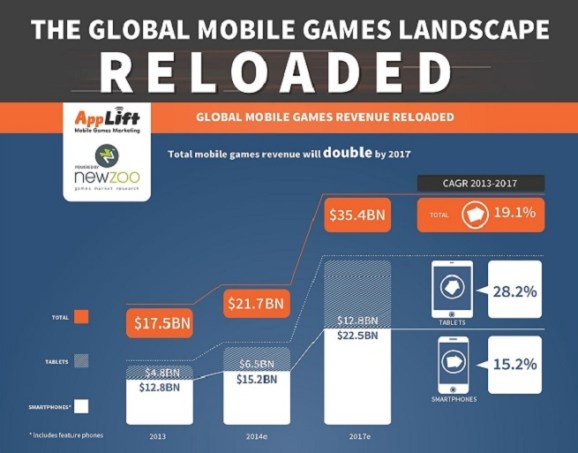 Mobile games revenue is expected to double from $17.5 billion in 2013 to $35.4 billion by 2017, according to a report from mobile game marketing firm AppLift and market researcher Newzoo. The numbers show that mobile games are spreading worldwide, but the opportunities in each market vary significantly.