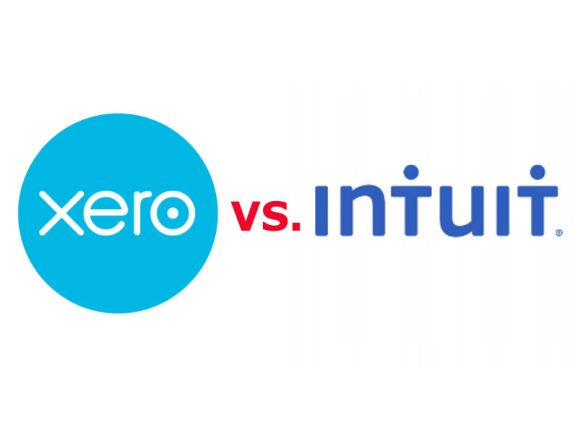 Xero announced today that the rumors are true: It’s planning on filing for a U.S. initial public offering in 2015.

The announcement is a major bid for the U.S. market and a dig at Intuit, a leader in business software who holds sway in this part of the world.

The cloud-based accounting software firm has been growing steadily. In the fall of last year Xero reported a $150 million raise, which was mostly backed by U.S. investors. Now, the company says it’s valued at $2.7 billion.

Meanwhile, Intuit, with its signature business management software, Quicken and QuickBooks, has been struggling to restructure. Recently the company snapped up a few startups to help it stay relevant. To date, Intuit has acquired Docstoc, which hosts a cache of how-tos and business documents; Prestwick Services, a payroll-based billing and payment system; Full Slate, an appointment scheduler; Level Up Analytics, a data consultancy; and GoodApril, a tax planning service.

But just last week, Intuit laid off 150 employees at its Stafford County, Va., location. The layoffs were part of company-wide restructuring aimed at shifting focus onto QuickBooks online ecosystem, according to a Intuit spokesperson, reports the Free Lance-Star.

Right now Xero has a slim share of the U.S. market — an estimated 6 percent, according to a document distributed at its annual meeting. Outside the U.S. however, the company seems to be gaining ground. Xero has 330,000 users in 150 countries, the company claims. Most of their user base is in Australia, New Zealand, and the UK.

Luckily for Intuit, most U.S. businesses are loath to change over any component of their business infrastructure.

But the Xero still thinks it has a fighting chance. “We just have a better product,” said Xero U.S. CEO Peter Karpas in an interview with VentureBeat.

He should know; he spent 10 year working at Intuit, most recently as president and general manager of the Quicken Health Group. Between Intuit and Xero, he worked at PayPal.

He says Intuit’s Frankenstein-style approach to addressing business needs with product acquisitions is not the way to win. Rather than create every product a business could ever need Xero focuses on cloud accounting and its software is designed to integrate with 300 other applications, like Square and Expensify. “The big advantage of cloud is the ability of data to flow and we’re superior there,” he says.

As for the U.S. public offering, Karpas says if everything goes according to plan over the next year, a U.S. IPO would be the next logical step for the company.

“I think the big thing [with a U.S. IPO] is it will give an indication of how much we’ve grown globally and send a message into the U.S. market,” he says.