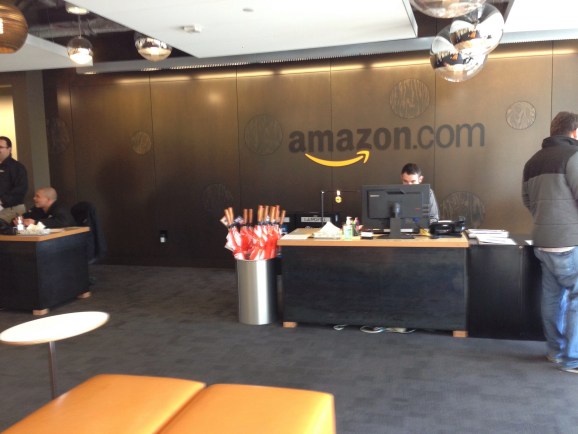 Amazon’s stock has had a rough day.

Amazon reported strong sales growth in the quarter, up 23 percent to $19.34 billion, compared with $15.70 billion in second quarter 2013. But the sales didn’t translate into strong bottom-line earnings. Not by a long shot.

The company reports swinging down to an operating loss of $15 million in the second quarter of this year, compared with operating income of $79 million in second quarter 2013. But this shouldn’t come as a huge surprise, as throughout its history Amazon has always focused on accelerating products and traffic, not necessarily earnings.

Amazon’s cost of sales was 69 percent of revenue for the quarter, down slightly from 71 percent in the year ago quarter.

Amazon spent $911 million during the quarter on marketing, or 4.7 percent of revenues, compared to 4.1 percent a year ago.

The company isn’t feeling very bullish where next-quarter guidance is concerned. Amazon expects net sales of between $19.7 billion and $21.5 billion, or to grow between 15 percent and 26 percent compared with third quarter 2013.

It expects losses to widen even further, with operating losses of between $810 million and $410 million in losses, compared to $25 million in third quarter 2013. This guidance includes approximately $410 million for stock-based compensation and amortization of intangible assets, Amazon said.