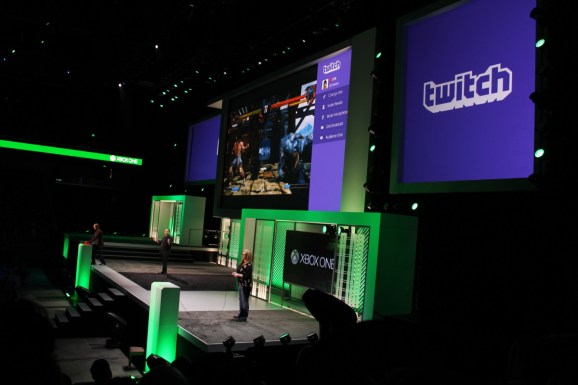 Update 8/26: Amazon has acquired Twitch, snatching the almost-done deal out from under Google’s nose in a $970 million all-cash deal. See our explanation of how Amazon beat Google to acquire Twitch. Our original story is below.

Google has signed a deal to buy game-livestreaming firm Twitch for $1 billion, confirmed sources familiar with the matter.

We don’t know everything about this deal, such as when it will be announced and the exact purchase price. We do know that Twitch investors who participated in past rounds are pleased that they will be getting significant returns that are multiple times the amount they originally invested. The deal underscores the value of live Internet streaming and the rise of competitive gaming as a spectator sport — something that draws millions of viewers, can offer prize pools that surpass pro golf’s marquee events, and provides a multibillion dollar opportunity for advertisers.

Google and Twitch declined comment. Both companies happen to be speaking at our GamesBeat 2014 event in September. This deal was first cited by unnamed sources from Variety said back in May that Google had made an all-cash offer and that the deal could be announced soon.

Google’s YouTube division is reportedly in charge of the acquisition, which would represent a significant transformation of YouTube’s business. Google acquired YouTube in 2006 for $1.65 billion.

San Francisco-based Twitch enables people to broadcast their own gameplay sessions on the PC, Xbox One, or PlayStation 4 to online viewers. It enables both competitive gamers and average players to gain fleeting fame by entertaining those spectators, who sometimes number in the millions. In March, Twitch represented 1.35 percent of all Internet traffic, according to Sandvine.

Twitch has more than 50 million monthly active users and more than 1.1 million members who broadcast videos each month. Back in June 2011, Twitch had just 3.2 million monthly active users. Twitch also distributes shows from partners including CBS Interactive’s GameSpot, Joystiq, and Destructoid, all gaming-news sites. More than 13 billion minutes of video are watched per month on Twitch.

Twitch began in June 2011 by Justin Kan and Emmett Shear, cofounders of Justin.tv. The site was one of the first to host livestreams, or real-time videos of something that was happening at that moment. Shear is still CEO of Twitch.