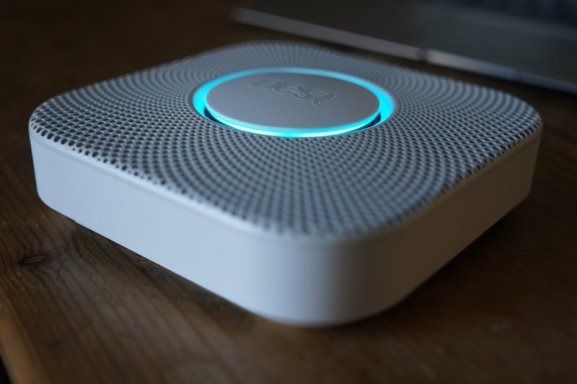 Experts are heralding the Internet of Things (IoT) computing phase as the next industrial revolution, estimating 50 billion connected devices and IoT solutions reaching $7.1 trillion by 2020.

While we won’t refute these arguments, a focus on shareholder positioning will help us better understand where we are in the IoT cycle and how positioning IoT into a company’s story just became that much more pressing.

Early and trending higher – inviting companies to talk about IoT

Technologists have long predicted a Jetsons-like connected world, but their conjectures have been proven premature. To better understand why, we decided to analyze the timing of the current IoT trend, focusing on growth manager positioning, to glean clues as to when long-term tech investors place their respective bets.

By integrating a basket of public IoT semiconductor companies (highlighted by Goldman Sachs; note: Making S-E-N-S-E of the next mega-trend) with Google Trends’ data containing the phrase “IoT,” we see that an obvious inflection point does not occur until Q4’13 (see Exhibit 1 below). After six consecutive quarters of net asset outflows by growth managers, those firms have finally started to buy into the IoT theme. During the Q4’13 inflection point, Google Trends’ data traversed from a prolonged period of stagnation to rapid ascension. For the first time in two years, companies looking to explore IoT now have the wind at their backs.

Public Market Not Ready for IoT

Though still in its early stages, IoT remains a tough space for public investors to gain exposure, especially to what Gartner describes as the high value layers (apps, services and analytics to capture 80 percent of the net value created). Further highlighting the early-cycle IoT thesis, Goldman Sachs describes it well in their Internet of Things – Volume 2 note:

“Like the mobile revolution, IoT will create new companies and new categories. The importance of IoT expands beyond “pure play” enablers… as the market begins to take shape {and} continues to evolve; we expect a similar ecosystem of software vendors to develop.”

Despite the limited public pure-play IoT options, firms are exhibiting their bullishness towards publicly available layers. To classify a firm’s bullishness, we analyzed recent buying trends, net capital allocation to IoT plays, and portfolio concentration towards the IoT basket. Of the firms we deem to be increasingly bullish, a total of $3.9B has been poured into select IoT names over the trailing three quarters, demonstrating that these investors see potential in IoT.

The IoT market is young in two senses of the word: managers are just beginning to allocate capital, and IoT is undeveloped in that it has downfalls, specifically due to its investable limitations. These limits to gaining exposure drive a broader shift in technology investing. We believe that IoT acts as a microcosm for a larger market theme—traditional investors are now looking beyond the public markets to play technology trends.

Looking at private market funding for Gartner’s high value layers, we see that investors are flooding into the IoT private company ecosystem with $1.1B deployed into relevant startups in 2013. It is with this understanding that we arrive at our original point: public investors are venturing beyond the confines of public markets.

As we have seen in recent late stage funding rounds by Uber, Snapchat, and Dropbox, private companies are able to stay private longer. This trend is likely to continue as brand name mutual fund managers, as well as hedge funds, blur the lines of public and private markets.

Effects on Communication with Investors

By examining the Internet of Things investment landscape, we collide directly with a market phenomenon currently under way – traditional, public capital crossing over from public to private markets.

This shift is forcing investors to make a difficult choice: invest in the publicly available hardware layers, wait for public investable options, or venture into the private markets. Irrespective of public or private monikers, many investors can now go anywhere they’d like, a shift that has broad implications for companies.

Managers are adapting to the times, and as a company, understanding this and prepping your story to benefit from the macro tailwind is crucial. The number of competitors for IoT investable dollars just grew exponentially, and as such, getting ahead of the pack just became ever more important.