Trip Hawkins’ startup game company If You Can has beefed up its app for teaching kids social and emotional learning skills. Today, it is releasing a parent dashboard for its game, If, and it is releasing the second chapter of the iPad-only title as well. 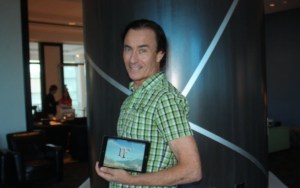 Above: Trip Hawkins’ new startup If You Can gets its name from a poem.

Hawkins — the charismatic founder of game publishers 3DO, Electronic Arts, and Digital Chocolate — has a new passion to teach children the social and emotional skills (SEL) that they don’t learn in school. He has a story-based app that gets lessons across that help kids deal with emotions and problems like bullies. But rather than launch it as a free-to-play game, Hawkins has gone a different route, releasing it instead as a subscription game.

That’s why every new chapter is important. It has to give kids enough new content without giving them so much that parents will complain about the number of hours they spend playing it. The title is targeted at children ages 6 to 12.

If it succeeds, Hawkins said in an earlier interview that he will consider it a bigger accomplishment than creating the blockbuster Madden NFL Football franchise years ago, when he was at Electronic Arts, the massive video game publisher that he founded.

While the first chapter is free, subsequent chapters require a monthly subscription fee of $5 per month. Hawkins believes that parents will like this better than the somewhat risky free-to-play model, where children sometimes get into trouble by spending too much real money on virtual goods.

Hawkins also said that each chapter will contain a few hours of gameplay as parents don’t want games to consume an inordinate amount of a child’s time. The dashboard app is a tool for parents to help monitor their children’s accomplishments and keep them motivated to do more.

Hawkins said that the game is aimed at helping kids manage difficult emotions, persevere through challenges, make healthy decisions, and show empathy and compassion. As important as all of this is, most schools don’t teach it. 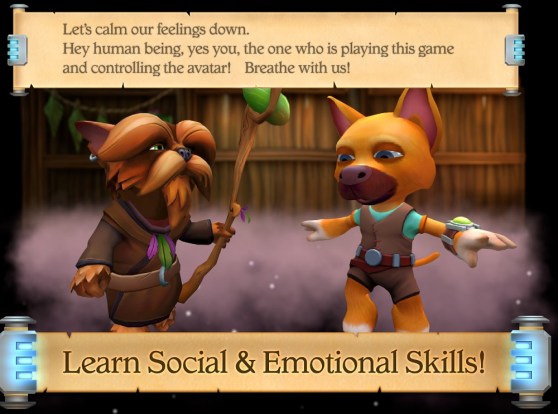 Above: If game scene

Image Credit: If You Can Company

If is cast as a kind of parable about empathy, and it imparts its lessons through a conflict between races of cats and dogs in Greenberry, an imaginary town. The goal is to bring the two factions into harmony. If is a fantasy simulation/role-playing game where kids try to walk in the shoes of an animated character who has to learn how to be sensitive to other living beings and how to deal with their own powerful emotions. You start as an animal character who runs into situations that help it learn to make moral choices and develop a compassionate attitude toward others.

With each new chapter, the child will learn something new related to emotional intelligence. Each chapter contains about a month’s worth of in-class lessons on SEL. In an age of a return to basics in education, SEL hasn’t been a staple in traditional curricula. But more schools are recognizing the value of SEL in an age of cyberbullying and campus shootings. Lessons include adventures like reuniting a mother with her baby.

Hawkins has received advice from social and emotional learning (SEL) experts, including Janice Toben, who taught Hawkins’ four kids at the private The Nueva School in Hillsborough, Calif., and also created the Institute for Social and Emotional Learning. Hawkins’ advisers include Toben; Roger Weissberg, the CEO of CASEL.org; another SEL nonprofit; Marc Brackett and Robin Stern of the Yale Center for Emotional Intelligence; and Fred Luskin of Learning to Forgive and a consultant at Stanford University on dealing with stress.

The San Mateo, Calif.-based company raised about $9.3 million to date from investors including Greylock Ventures, Andreessen Horowitz, Founders Fund, and Maveron. If You Can Company plans to release additional chapters of If this year. Chapter one had more than 350,000 downloads. It had five-star ratings from 90 percent of its audience.

With each chapter, the child navigates a new If adventure, interacting with the combination of storytelling and popular gameplay mechanics to engage and motivate. The game is designed to take the child on “a hero’s journey” in which children slowly unlock If chapters.

“We’re delighted with the quality, depth, and value of this game,” said Trip Hawkins, the founder and CEO at If You Can Company. “It’s a big step beyond our preview of chapter one. When I became a dad, I wanted more than anything for my kids to be happy and capable. I saw how emotional learning could help them navigate the world. I did what dads do — I took my know-how in gaming and focused it on something important that really matters to me as a father.”