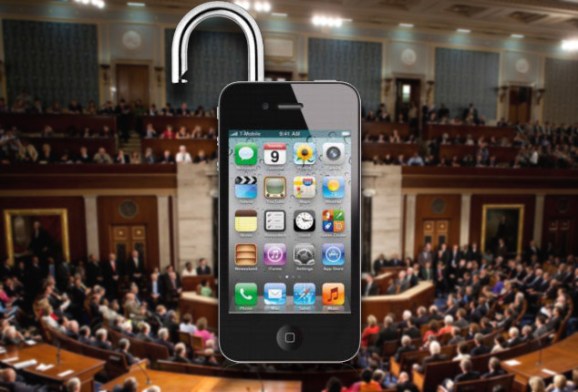 It’s been 19 months since phone locking advocates launched a petition calling for a law enabling consumers to legally unlock their cell phones after their wireless contract runs out.

After a good deal of the normal Washington posturing, lobbying, revising and general wrangling, the Senate’s version of the cellphone unlocking bill, S517, has passed unanimously in the House of Representatives.

The bill has now been passed by both houses of Congress, and will now go to the president’s desk for signing.

Sina Khanifar, the author of the original petition to the White House that got the whole process rolling, says there’s no reason to believe the president might not sign the bill. President Obama had, after all, asked the Congress to pass a law allowing consumers the right to unlock phones that they’ve paid for.

The “Unlocking Consumer and Wireless Competition Act” is the Senate’s version of an earlier House bill that passed at the end of February.  Once signed into law, it will provide an exemption for cell phone unlocking to the Digital Millennium Copyright Act (DMCA).

The earlier House bill, Khanifar explains, had been neutered by special interests to point where unlocking advocates felt that consumers would be better off if the bill didn’t pass.

The cell phone industry lobby (CTIA) had, between the bill’s passage by the House Judiciary Committee and its vote on the House floor, managed to get a clause added denying the DMCA exemption to “bulk unlockers” — a category that includes phone recyclers and resellers.

But Leahy’s Senate version of the bill zapped that clause, and set the process in motion again.

“But with such a strong signal from Congress, it’s very unlikely that the Librarian will remove the unlocking exemption,” Khanifar said.

Still, Khanifar says, the fact that public advocacy organizations have to make a fresh case for an unlocking exemption every three years is a perfect example of why the underlying copyright law, Section 1201 of the Digital Millenium Copyright Act, is in dire need of an update.