Peter “Star-Lord” Quill and the rest of the Guardians of the Galaxy just got their first game, and their first movie is just days away from a global release, but they still aren’t satisfied. The “a-holes” are also going to pop up in a half-dozen other Marvel-related games over the next few weeks.

Marvel held its big panel at the San Diego Comic-Con today, and the company revealed that the characters that make up the Guardians of the Galaxy team will make their way into an extensive list of games. These include Disney Infinity: Marvel Super Heroes, which we already knew about, as well as games on Facebook, mobile, PC, and console. Marvel even worked with Microsoft to start selling Guardians-themed items for Xbox Live Avatars. This is an example of how big multimedia corporations are turning to video games to give their brands more life beyond summer blockbusters.

Here’s the full list of Marvel games getting Star-Lord, Drax the Destroyer, Gamora, Rocket, and Groot:

The popular free-to-play social game has a significant audience on Facebook that love collecting new characters from the Marvel universe. They will now have the chance to explore a new story that focuses on the Guardians of the Galaxy with the chance to collect those characters for their team.

The free-to-play Diablo-like PC role-playing game will get the Guardians characters who can team up with superheroes like Iron Man and others to battle crime and supervillains. Check out the game in action:

In September, Marvel will introduce a new boss event based on Guardians. The company didn’t provide many details, but expect to see some of the classic villains from the comic series.

In a new table, the Guardians of the Galaxy will take on Ronan the Accuser. The game, like the movie, even features a prison break — although no word on whether the pinball version of the escape is set to Rupert Homes’s “Escape.” 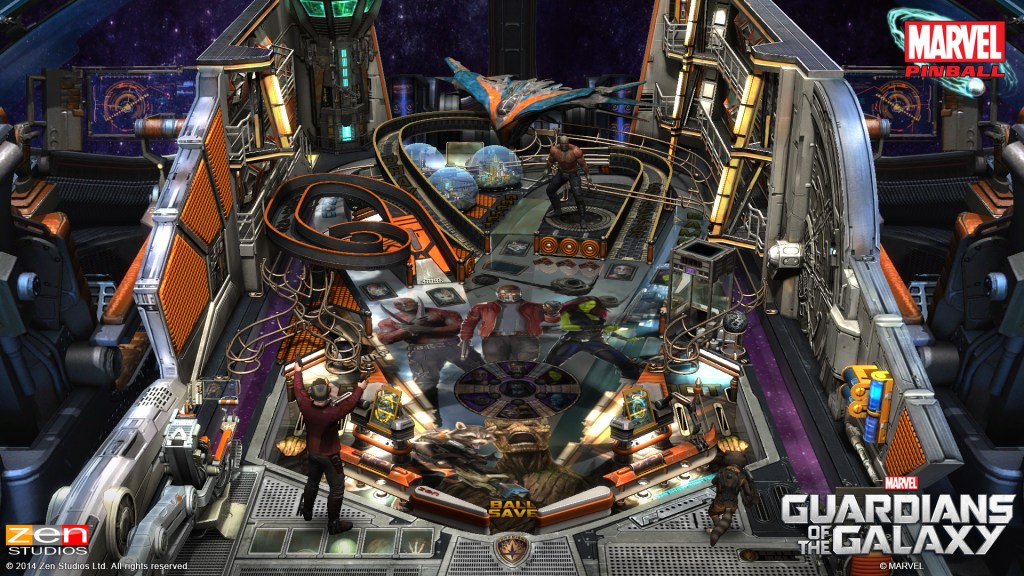 Above: The Guardians of the Galaxy pinball table.

The Guardians of the Galaxy will join some of the other powerful cosmic characters from the Marvel universe in an all new downloadable skin pack for Minecraft: Xbox 360 Edition and Xbox One Edition. 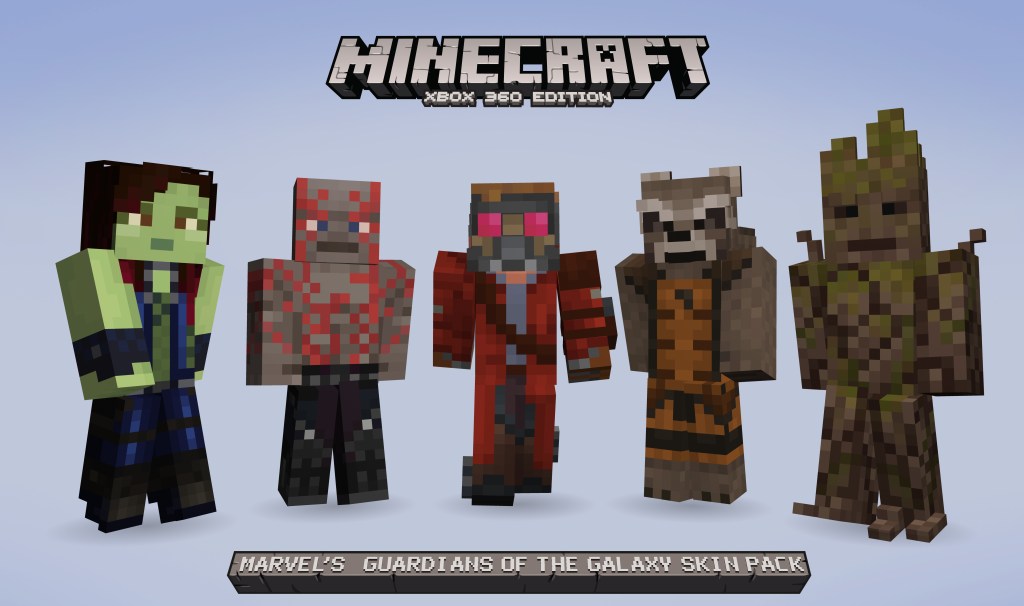 Above: Guardians of the Galaxy skins for Minecraft.