The perils of free-to-play

The mobile market is increasingly dominated by free-to-play games. Finnish developer Supercell generated $892 million in revenue during 2013 from just two free-to-play titles — Clash of Clans and Hay Day. Income from microtransactions and advertising can combine to turn supposedly free apps into cash cows, but the free-to-play model has its critics, including Sam.

I asked why he’d chosen to make Spacepants a paid-for product and not a free-to-download game.

“If a game is free,” he told me, “then you’ll probably have adverts and in-app purchases. I wanted, if someone buys a game, they get the game, and they don’t need to just pay for more and more and more. It’s not fun. I wanted to do that while being able to earn some money from it.”

So, what’s wrong with in-app purchases?

“It’s just trying to grab people’s money,” said Sam, “and just luring them in by pretending to be free. Then you have to spend money for the next billion levels. I’d much rather have it be simple.”

He does approve of some free-to-play, though, such as Blizzard’s Hearthstone: Heroes of Warcraft collectible-card game. “It doesn’t steal your money because everything there you can earn without paying money,” he said.

Above: Spacepants is one tough mobile game.

I asked Sam if there was anything he missed about attending school. “It was originally the fact that there aren’t many people at home,” he said.

But he pointed out that as he’s become more involved in making games, he’s met new people and “it’s become more and more interesting and fun.”

As well as meeting and chatting to fellow developers on Twitter, Sam has attended events like Insomnia, the U.K.’s biggest gaming festival, and he’s met Thomas Was Alone creator Mike Bithell in person, the two of them chatting about “some fun ideas for games.”

Sam also recently helped deliver a presentation on childhood, learning, nostalgia and creativity at the Game Horizon conference in Newcastle, U.K., reducing at least one game journalist to tears. 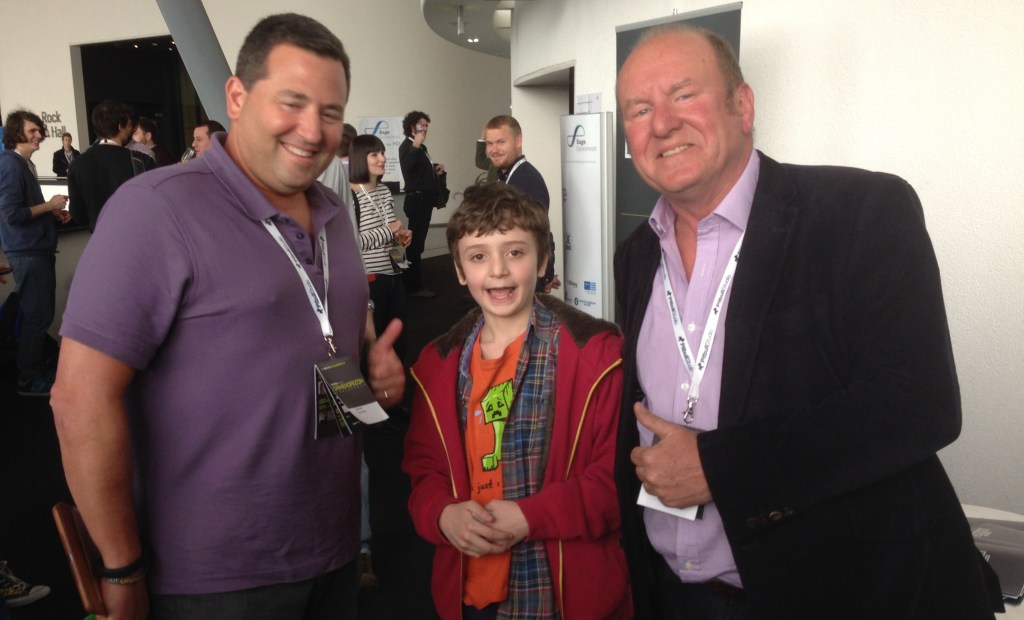 Advice for other young developers

Interestingly, Sam pointed out that he’s spent a lot of time playing games like Minecraft, Kerbal Space Program, and Garry’s Mod — “anything that’s kind of sandboxy really” — and these helped him feel a bit like a developer before he starting making his own games.

When it comes to actually developing, though, he thinks GameMaker: Studio is the best place to start. “If you want to make a game, you probably want to start there really,” he said. “That’s what I did.”

I reached out the YoYo Games, the creators of GameMaker: Studio, to ask their thoughts on Sam’s unusual path into game development.

“One of the ideas behind the development of GameMaker: Studio was to provide aspiring game makers with the opportunity to dive in and get to creating games without any prior design or programming experience,” said Russell Kay, chief technology officer at YoYo Games. “We love to see young developers and students like Sam introduced to game development through GameMaker. There are many critical skills that can be learned while having fun creating something like Spacepants that can then be enjoyed by family and friends and, potentially, by millions of others.” 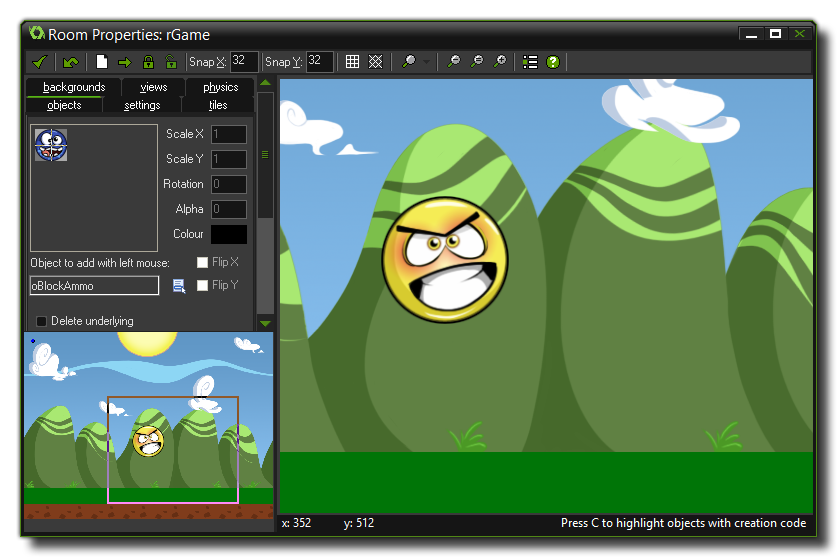 Above: Game Maker: Studio is a great resource for newcomers to game development.

The pixel-art style of a lot of current indie games has certainly helped Sam to feel like being a game developer is something attainable.

He did originally wanted to use Unity to create a 3D game, but his dad convinced him to stick with 2D for the time being, given the strength of his pixel-art skills. “Unity is a lot more complicated and lot less fun,” said Sam, adding that going down the 3D route might produce more professional looking games but just gets “harder and harder and harder.”

I spent some time chatting with Sam’s dad at the end of our interview, musing on the state of computing education in schools. I pointed out that my own children had found the teaching of programming, now a mandatory part of the U.K.’s school curriculum for 5-14 year olds, rather dull. The prescriptive and limited nature of the tasks they had to undertake, in a regimented order, was particularly off-putting.

Sam’s solution? “They should just sit people down at the computer and leave the room.” Which doesn’t sound like a bad idea at all.

Sam is sure that he’ll be making games for a long time to come. “I want to continue making games for most of my life,” he told me. He didn’t, however, rule out the chance that he may return to school sometime in the future, depending on how things go.

For now, though, Sam seems perfectly in his element. You can hear that in his voice, which comes alive when he’s describing the development process and sharing his gaming experiences.

After the success of Spacepants, Sam’s next game is already in the design phase. “It’s going to be a game where you play as a robot,” he told me. “There are other things, but there’s only one robot.”

I can’t wait to see how it turns out.