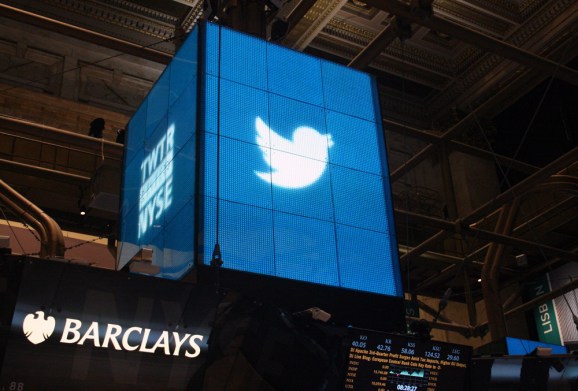 At least when it comes to Twitter’s vigorous earnings statements for the second quarter, released Tuesday. Q2 shows the San Francisco microblogging specialists pulled in $312 million in revenue, up from $139 million a year ago. And here’s the kicker: 81 percent of that haul derived from Twitter’s mobile ad offerings.

Twitter’s mobile base climbed too, to 211 million, a 29 percent year-over-year increase. Without question, these numbers were bolstered by Twitter’s show in the World Cup in Brazil, where millions of mobile Tweeters blasted play-by-plays of their favorite teams to their country brethren scattered over the globe. Twitter acknowledged as much.

To be sure, Google and Facebook dominate the mobile ad arena, accounting for nearly two thirds of a pie that totaled over $17 billion in 2013 and is projected to crest $34 billion by years end, according to analysts who monitor the mobile space. Twitter has long followed in their footsteps, and Tuesday’s numbers point to this, but they’re catching up. Slowly.

Twitter knows this. Which is why it’s been on something of a mobile analytics buying binge, purchasing 12 companies since the outset of 2013, for over $1 billion collectively.

Purchases include, among others, advertising play Trendrr, mobile advertising stalwart MoPub, mobile ad player Namo Media, and — and perhaps the best of the lot — TapCommerce, a mobile retargeting ad heavyweight.

That 81 percent of revenue that came from mobile was also helped by Twitter unveiling a new suite of developer tools, which are crucial for mobile app developers looking to drive installs. It was not clear Tuesday what the breakdown was for Twitter’s mobile ad revenues in terms of mobile app installs versus other mobile ad revenue.

Also: While Twitter has been on an acquisition binge, it still relies on outside analytics to drive accurate ad and app campaigns. Facebook, for its part, also relies on relationships with outside analytics companies, but has increasingly been building up its own in-house capabilities while, like Twitter, buying others.

In the end, Twitter has lots to do before it swoops firmly behind Google and Facebook in mobile ad intake.

“I’m not sure they’ve been as effective as they might,” said Gartner analyst Andrew Frank.

But that is changing. Just slowly.