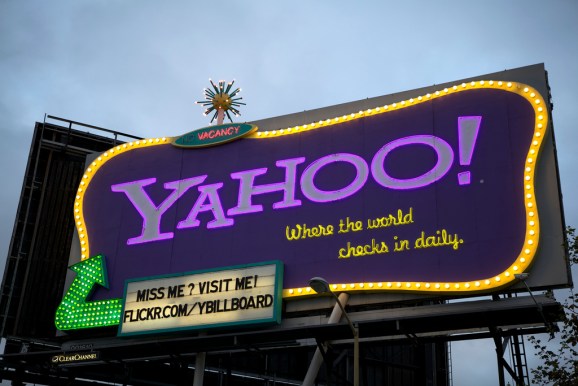 The roughly $240 million Yahoo paid for mobile-analytic standout Flurry last week must have come as a relief to the 110 employees of the San Francisco-based company.

It means that, at least for today, they still have jobs. Some even have equity.

Before Yahoo ponied up the stock and cash to buy it, Flurry’s coffers were running thin. A $20 million debt loan it had secured earlier was running out, and the $66 million in venture capital the company had previously raised from some of the Valley’s biggest VC funds had been spent to keep the company afloat, sources close to the company told VentureBeat.

While Flurry was once among the most successful mobile-analytics plays in the nascent space, times had changed. By the time 2014 rolled around, its fortunes began to shift. It was profitable, but mobile was changing rapidly, and Flurry found itself looking for funding to keep its analytics and media going, VentureBeat has learned.

And besides, in the first quarter of this year, a small number of junior-level executives and other staffers had headed for the exits, lured by the temptation of high-paying jobs elsewhere and concerns about the financial health of the nine-year-old company, VentureBeat has learned.

A small round of layoffs also occurred, according to VentureBeat’s sources, but a Flurry spokesperson said this was untrue.

In fact, Flurry and its chief executive, Simon Khalaf, were some of the first pioneers in mobile analytics a decade back. But the data they collected eventually became a commodity that others largely gave away. The rub became the issue of monetizing it.

This left Flurry at a crossroads.

“There was a confluence. Flurry was profitable in 2011 and 2012. But they went from being a profitable company to ‘things aren’t going well.’ Flurry’s data centers, and the servers holding the data, were very expensive to run, and they didn’t outsource their data storage to Amazon. So Flurry needed more capital to keep things going,” a source close to company executives told VentureBeat.

“They found themselves in a position where the cost of the analytics was outpacing revenue,” this source added.

A Flurry spokesperson declined to comment and referred my questions to Yahoo.

Flurry was — and still is — a data analytics powerhouse.

Flurry’s analytics capabilities were legendary, and it procured the raw data that advertisers covet from 1.2 billion smartphones and tablets every month from consumers around the globe.

Then in 2013, the company launched Flurry Marketplace, a mobile-advertising platform that could match the right advertisers with the right content publishers.

A second source, with deep connections to Flurry’s management, told VentureBeat that by giving away its software for free, the company needed to add new revenue streams. Which Flurry did by building out their advertising services.

“Flurry has an incredible footprint and was the first real analytics provider in the mobile app space. The greatest difficulty with analytics is that people expect to get it for free, a precedent created by Google Analytics. This forces analytics providers to consider alternative means of monetization,” this second source told VentureBeat.

In order to do this, Flurry began tweaking its business model, adding features on the ad side to pick up the slack.

“Flurry needed to show strong and sustained revenue growth. They weren’t charging for analytics, so they turned toward selling advertising to developers and also paying other app developers for showing ads, like Flurry App Circle. Launching an ad network like this exploded the company’s revenue and quickly became the primary revenue source,” the second source told VentureBeat.

But the good times didn’t last long, and Flurry found itself again looking for outside capital.

“Over time, the revenue began to plateau,” this source added. “They explored building a bidder for ads and various other advertising products, but it doesn’t appear they were able to do this successfully on their own and see the revenue materialize. Eventually, they began to run out of money, even taking some venture debt to tide them over.”

The executives spoke to VentureBeat on condition they not be named because they were speaking of a deal that was still being finalized.

Yahoo is getting a heck of a deal when it comes to the consumer app data stored in Flurry’s servers. That will help Yahoo with its own ad business. Flurry’s massive storehouse means publishers, app developers, and ad companies can launch pinpoint campaigns, accruing downloads and purchases along the way.

The Flurry deal shows the value of precise consumer data, which Apple, Google, Facebook, Yahoo, and others all increasingly seek. While some rely on outside analytic firms to accrue data, others, like Facebook, are building their own capabilities. Or buying company’s outright to do it for them.

Not a surprising exit

Exact details of the Flurry acquisition haven’t been publicly disclosed by Yahoo or Flurry. But Amazon and AOL were also reportedly interested in buying Flurry. When it was leaked, and then announced, that Yahoo had pulled the trigger, many in mobile analytics weren’t surprised.

After all, Operaworks had recently acquired AdColony, and Twitter picked up TapCommerce, with more buyouts reportedly on the way.

“There have been rumors for months that Flurry was about to be acquired either by Yahoo or AOL, and so for many in the industry, the announcement didn’t come as a major shock,” the first source, close to Flurry executives, said.

“The price tag was not a major surprise to those close to the company because of the position the company was in,” this source added.

What hit Flurry hard, VentureBeat has learned, was when Apple began taking a harder line on incentivized ads in 2011. These are ads that offer rewards to those downloading apps and games, for example. Incentivized ads had become somewhat of a cash cow for Flurry, and then Apple changed the rules for developers in the App Store, eliminating the incentives. TapJoy was one of the first big victims of this, and it trickled out, affecting Flurry.

“This was a major source of their advertising spend, and Apple said no more incentivized ads. These ads had high margins, and incentivized ads were very successful, but then they went away,” this same source said.

In the end, the acquisition is a win for Yahoo, which picks up an analytics powerhohuse — and for Flurry, which gains a corporate parent capable of keeping those server farms running.

But the big payout for Flurry executives has been somewhat mitigated because of money the company owes to its investors, such as VC firms Draper Fisher Jurvetson, Interwest Partners, Crosslink Capital, and Menlo Ventures, all of whom participated in a $12.5 million round in December 2013.

Typically with venture-backed deals that end in acquisition, outside investors (who hold preferred stock) get their money first, often leaving a much smaller windfall for employees and other holders of common stock.

A shot in the arm for Yahoo

And without question, the deal marks a big step up for Yahoo’s mobile ad business. Yahoo chief executive Marissa Mayer had been saying for some time that the Sunnyvale, Calif.-based Yahoo was a “mobile-first” player. And Flurry’s data will definitely give a leg up to Yahoo as it monetizes further the approximately 800 million users in its customer base.

After the Flurry deal, a few of the bigger, privately owned players in the analytics space, including Tune (formerly known as HasOffers), Kochava, and Upsight (formerly Kontagent-Playhaven), have reportedly fended off buyout attempts.

Whether the integration between the two companies will go smoothly has yet to be determined.

“No question Yahoo is bullish on mobile, and the deal is certainly interesting. What this does is give Yahoo a strong ad network. So yes, this is a key consolidation in the mobile ad ecosystem,” said Kochava’s chief executive Charles Manning.

“Yahoo is giving strong attention to making this a success. Execution speaks volumes in resulting revenues. But it could hurt them if they don’t take advantage of the strong momentum in mobile,” Manning said.

Manning added: “There’s a saying: buying a company is easy to do, but hard to integrate.”