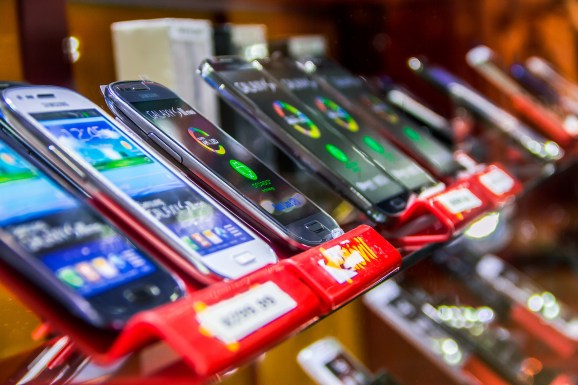 Would you send a text to a friend about a hot new app you discovered?

Tapstream says you just might, and that its brand-new SMS-based user acquisition platform, WoM (for word-of-mouth), has far more click-throughs and much higher revenue per user than traditional ad-based methods of acquiring mobile users.

“The click-throughs on invites have been an order of magnitude higher than other methods of app sharing,” CEO Slaven Radic told me via email. “The quality of users acquired is also much higher — preliminary data shows 2-3x better average revenue per user than a non-word-of-mouth acquired user.”

It’s still early days for the new WoM user acquisition platform, Radic cautioned, but it stands to reason that you’ll actually open and read a text from a friend. Whether you’ll appreciate it or not is another matter, of course.

Thinking about spammy social notifications for game apps, we asked Radic about the potential spam problem.

“One of the main drivers behind WoM was to move away from social spam apps use to get the word out,” he said. “Only truly satisfied users will send a text message recommendation to a friend, as it carries a higher personal weight than tweeting or liking something. Also, they’ll usually send it only to friends who share taste in apps.”

230 app developers with 9,000 apps and 397 million MAUs
told us what works best in mobile user acquisition.

That makes sense, I suppose.

I certainly wouldn’t text anyone about an app that I didn’t think was great. In addition, Radic says, there’s no way for users to do a “select all” for their friends: Each name must be tapped in manually.

The new platform can be deployed by developers “with a few clicks,” Tapstream says. Cost per user acquired is about $.25, though that number will go down with volume. And, because it’s a CPI campaign, you won’t pay a dime if you don’t actually get any new users.

According to Fitocracy, the social fitness network, the new/old word-of-mouth method works:

“We’ve built [our] community through user referrals and it’s been crucial to our growth,” Vik Panda, Chief Marketing Officer at Fitocracy, said in a statement. “Now with Tapstream’s Word of Mouth, we will be able to easily reward users when they get their friends to join and measure results to improve our mobile marketing campaigns.”