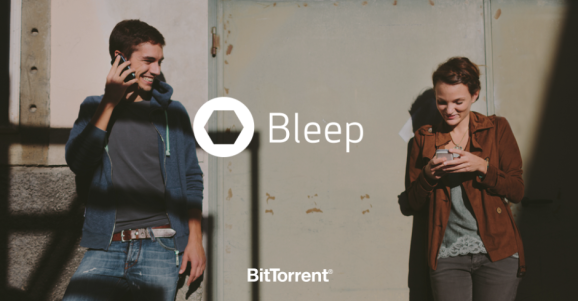 BitTorrent (the company, not the popular P2P file transfer protocol) launched a new messaging app today that offers a greater degree of privacy than other popular chat services.

The app, called Bleep, is based on the “principles of BitTorrent technology,” which means it can connect people directly without using centralized servers, according to the company. The app can be used for both voice or text-based conversations. It’s still in the early testing phase, but BitTorrent is inviting others to help them test the alpha version of Bleep to eliminate bugs and refine features.

“Ultimately, this is a chance to help us build an effective and fun tool for a broad array of use cases: from journalists looking to protect their sources to friends looking to chat free from nosy eavesdroppers,” or diplomats engaging in sensitive discussions, the company said in a statement.

Bleep is currently only available for those using Windows 7 and Windows 8, but the BitTorrent team did say support for other platforms would be coming eventually.

The move to launch a chat application seems a bit odd coming from an organization to typically associate with moving around media files, but after hearing BitTorrent’s explanation, we are intrigued, at least. Also, there’s currently lots of activity surrounding secure chat applications — both in general and for mobile devices. Some recent examples would include Secret, Wickr, and YikYak, to name a few.