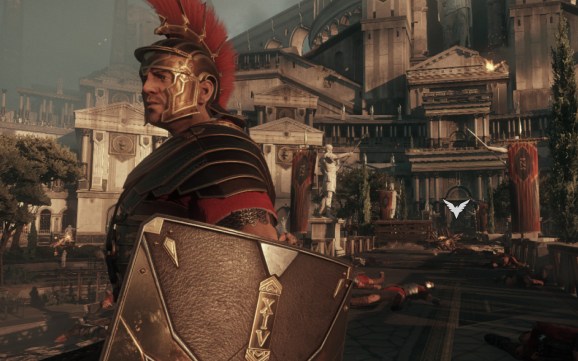 Crytek just sold the rights to Homefront to Saints Row publisher Deep Silver, and the company is also enacting some major restructuring.

The Crysis and Ryse: Son of Rome developer is closing its U.K. studio and cutting jobs from its U.S. team in Austin, Texas. Much of the talent from Crytek U.K. will join Deep Silver’s new studio in England to continue working on Homefront: The Revolution, according to a statement from Crytek. The Austin wing of the company will remain open to operate as a support team for North American developers that license the studio’s CryEngine development toolkit, but development of co-op thriller Hunt: Horrors of the Gilded Age will move from Austin to Crytek’s Frankfurt team. This news comes after months of rumors that the developers was missing payroll payments to its employees.

“As we look to cement Crytek’s future, this strategic deal with Koch Media would allow us to continue with our ambitious goals to become an online publisher,” Crytek chief executive officer Cevat Yerli said in a statement. “With Warface, Arena of Fate, and Hunt, we believe we have the perfect portfolio and teams to make that happen. We would like to thank all our staff – past and present – in both Nottingham and Austin for their contributions to the company, and we wish all the very best to anyone who may no longer be under the Crytek banner moving forward.”

While Crytek is cutting jobs in Austin, the company says it will offer those employees the opportunity to apply for work at its German offices … on another continent.

The developer’s other studios in Budapest, Istanbul, Kiev, and Sofia will continue operating without changes or job cuts.

Crytek has made headlines recently for its financial troubles as the company missed payments to employees. Rumors indicate the company lost a major game contract, which put it in a tough spot. Last week, the studio announced that it secured capital, and it finally revealed that money came from the sale of Homefront.