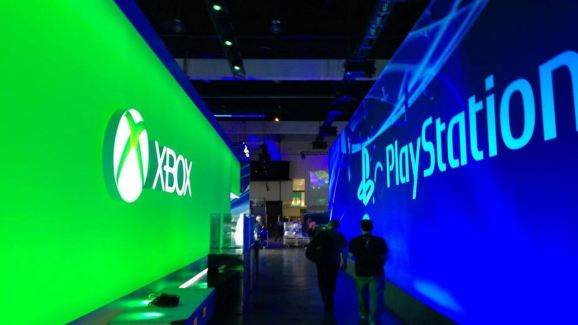 The path to record revenues.

Sony’s PlayStation brand is currently dominating the Xbox in terms of console sales.

Sony sold 3.5 million PlayStation 3 and PlayStation 4 systems during the first quarter of its fiscal 2014. That’s up from 1.1 million PS3s sold during the same period last year (the PS4 wasn’t out at that time). What is even more impressive is that the combined sales of the PlayStation consoles are outselling Microsoft’s combined Xbox One and Xbox 360 sales by a three-to-one margin. This is despite Microsoft introducing an Xbox One without the Kinect camera peripheral for a discounted $400 (down from $500), which is the same price as the PS4.

Microsoft revealed last week that it shipped 1.1 million Xbox Ones and Xbox 360s to retailers worldwide and noted that it saw a significant increase in sales following its price drop. But clearly the PlayStation brand clearly has the momentum.

Sony didn’t specify exactly how many units the PS4 sold, but the company did attribute much of the success of its quarter to the new-gen system. Revenues for the PlayStation division were up 95.7 percent year-over-year, and Sony credits the PS4.

The games division at Sony, which includes hardware and the PlayStation Network services, generated $2.5 billion in sales during the quarter. That is up from $1.3 billion year-over-year. The company was able to produce an operating income of $41.9 million on those sales after losing $160 million last year.

Going forward, the PS4 and Xbox One will continue to battle it out. Microsoft introduced the $400 Xbox One, but it is also working on a number of feature upgrades to compete with the PS4. At the same time, both companies have things to look forward to going into this holiday season. Each system will get major third-party releases like developer Bungie’s sci-fi shooter Destiny, Ubisoft’s latest Assassin’s Creed, and the four-versus-one multiplayer shooter Evolve — but the PS4 and Xbox One are both light on triple-A exclusives.