For most of its existence, Sledgehammer Games has operated in secrecy. The Foster City, Calif.-based game studio created by Dead Space creators Glen Schofield and Michael Condrey is five years old. But few visitors have been allowed inside the company’s headquarters and been allowed to write about it.

In fact, the building that houses Sledgehammer has no big sign out front saying so, and you won’t even find it listed in the building’s directory. But we recently got a guided tour of the Sledgehammer offices, where just about every work space is shared in an effort to promote collaboration. The team of 225 people is eager to show off Call of Duty: Advanced Warfare, the latest in the multibillion-dollar game property. Schofield and Condrey led the Visceral Games team at Electronic Arts before they left to start Sledgehammer. They were enlisted by Activision to create a new Call of Duty experience. But after Infinity Ward blew up in 2010, Sledgehammer had to step in and help create Call of Duty: Modern Warfare 3.

Then it began work on Call of Duty: Advanced Warfare, the first game in the series to benefit from a three-year development cycle.

Here’s our photo gallery below. 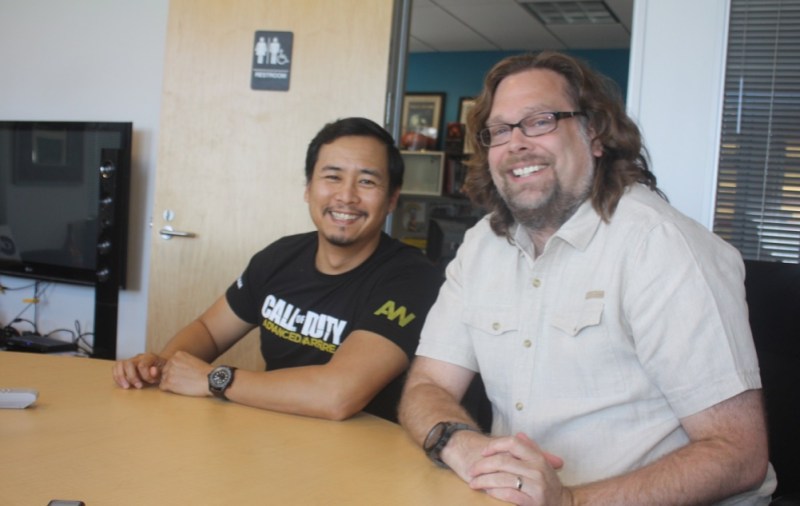