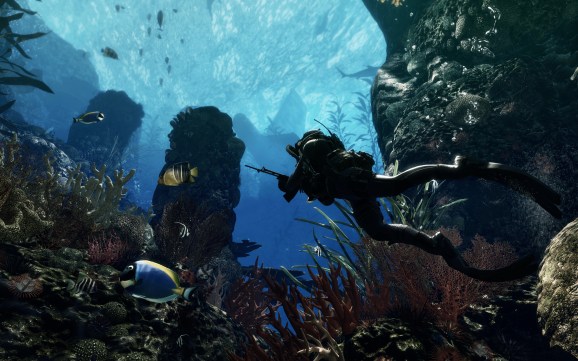 A little Uncharted magic may end up in the next Call of Duty game from Infinity Ward.

The Activision studio responsible for Call of Duty: Ghosts and the Modern Warfare series just hired a pair of top teammebers from Uncharted and The Last of Us studio Naughty Dog. Jacob Minkoff leaves his position as lead designer to take on his new role as design director at Infinity Ward. Taylor Kurosaki, who oversaw narrative design at the Uncharted studio, is now narrative director at Infinity Ward. This comes as the Call of Duty franchise is on a slight decline.

We’ve reached out to Naughty Dog and Infinity Ward for a statement, and we’ll update with any new information.

Kurosaki spent the last 10 years at Naughty Dog. He was a part of the studio when it had fewer than 10 employees. The Last of Us and the Uncharted games are all well-regarded for their storytelling, and it’s likely that Activision and Infinity Ward want some more of that in their marquee shooter franchise.

Very psyched to share that I've joined the phenomenal team at @InfinityWard as the studio's narrative director. To infinity and beyond!

Minkoff started at Naughty Dog in 2009 as a game designer. He worked his way up to eventually oversee a team of developers working underneath him. Naughty Dog’s games are also beloved for their action and gameplay.

New job! Design Director at Infinity Ward. Love ND; can’t wait to play Uncharted 4 as a fan. Excited to work with the talented team at IW!

Both Minkoff and Kurosaki went right from Naughty Dog to Infinity Ward with no lapse in employment, according to their Linkedin profiles. We’ve asked the pair what was behind their decision to move on.

Infinity Ward is responsible for the most-recent Call of Duty. Ghosts debuted in November, but it has failed to sell as well as developer Treyarch’s Black Ops II. This year, for the first time since 2007’s Call of Duty 4: Modern Warfare, analysts are predicting that the upcoming entry in the series, Advanced Warfare from Sledgehammer, won’t end the year as the best-selling shooter. It will instead fall behind the Activision-published Destiny from Halo creator Bungie.

Minkoff and Kurosaki will likely have until November 2016 to bring its new Call of Duty together, which when we’ll get to see if they’ll add anything new or exciting to the aging megafranchise.