Your cellphone bill may be stuffed with hidden charges you’ve never authorized or noticed.

The practice, called “cramming,” is so rampant that a Senate committee report argued earlier this week that it is costing consumers some serious money.

“Wireless cramming has been widespread and has likely cost consumers hundreds of millions of dollars,” the report said — despite the fact that the FCC and other government organizations have been pressuring carriers to cut it out since 2008.

According to the FCC, “cramming” — a term for unauthorized charges hidden inside your cellphone bill — affects up to 20 million U.S. residents per year, but only one in 20 people spot cell phone bill scams.

That’s because these charges, usually from third parties (not the carrier itself), can be easy to overlook. See below for an actual example from a T-Mobile bill, in an illustration posted to the FTC’s web site. (Side note: The FCC recently launched its own investigation into bogus charges on T-Mobile customer bills.)

This article covers everything you should about cellphone cramming, including how to prevent it from ever happening to you.

How to tell if you’ve been ‘crammed’

Follow the steps below to find out if you’re the victim of a scam.

What to do if you’ve been crammed

Follow the three steps below if you believe there are unauthorized charges on your cell phone bill.

And there you have it. Follow the steps above and your already over-sized phone bill won’t grow any larger. 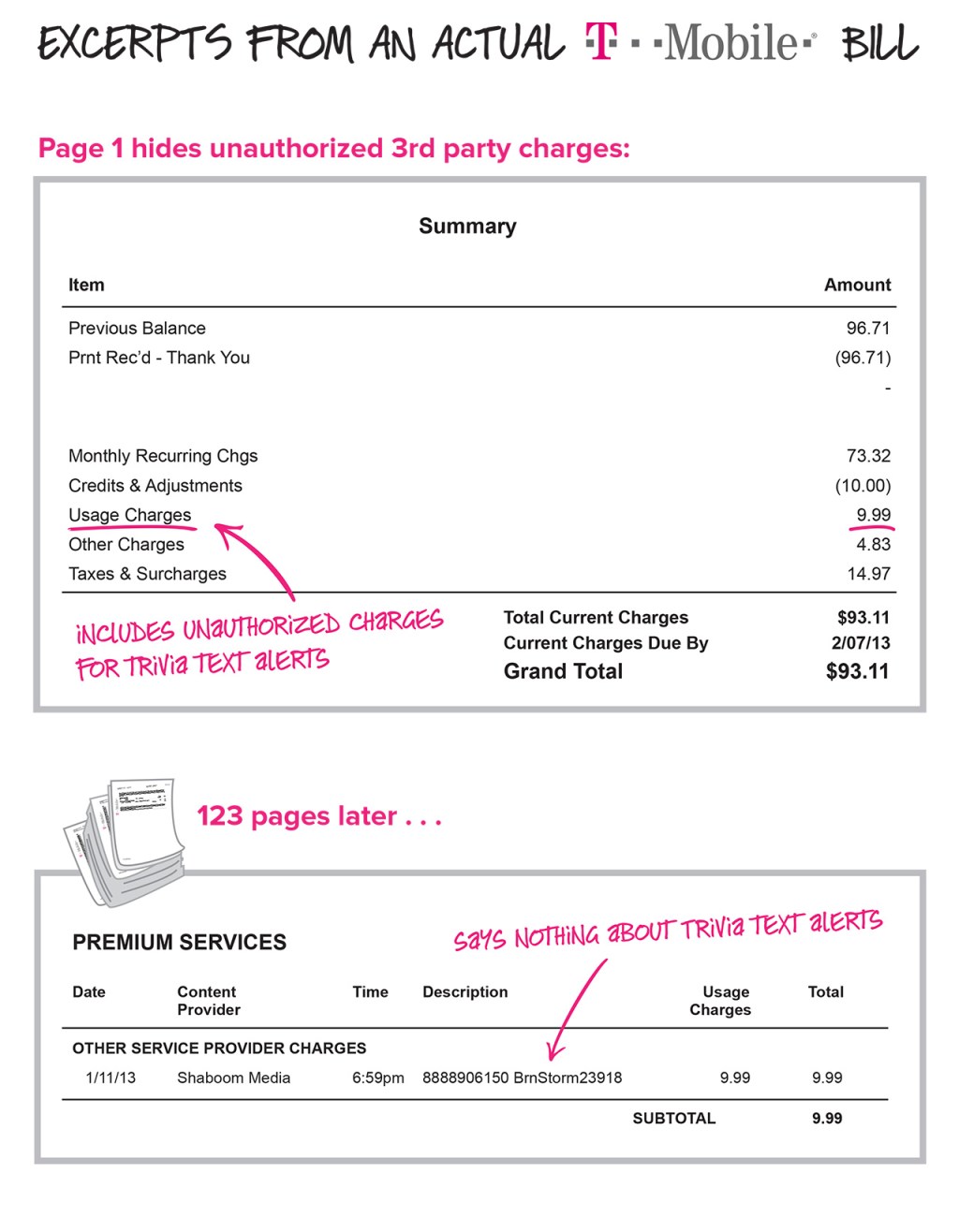