In the last few days, a swanky FFXIV-themed restaurant opened, tickets for the first-ever European Final Fantasy XIV Fan Festival in London went on sale, and the game itself started 14-day trial period and refer-a-friend promotions aimed at increasing its subscriber population.

Here is a brief rundown of the news for all you Moogle enthusiasts out there.

On Thursday, the Eorzea Café opened in the Akihabara district of Tokyo. Eorzea is the name of the fantasy world in FFXIV, and the restaurant is a joint venture from Square Enix and Pasela Resorts.

Japanese gaming magazine Famitsu first broke the news about the eatery, which looks like the Carline Canopy Adventurer’s Guild headquarters in the New Gridania area of FFXIV. The decor is exactly what you might expect from a Final Fantasy-themed restaurant: 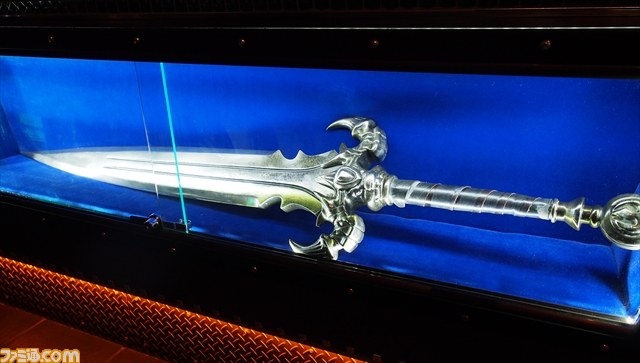 Above: A sword displayed in the Eorzea Cafe. 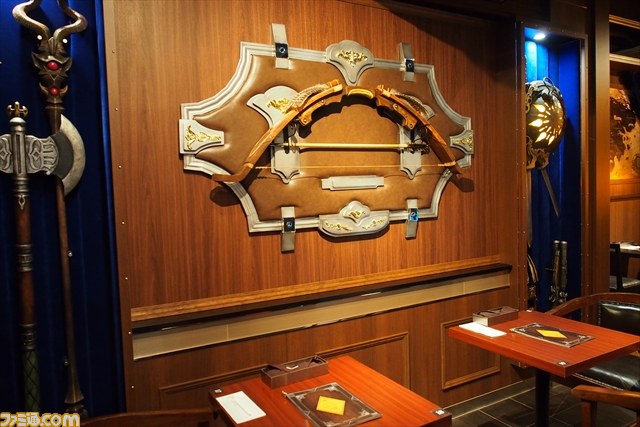 Above: A few tables near the shortbow wall display in the Eorzea Cafe.

Famitsu notes that all of the café’s 33 dishes and 28 beverages are FFXIV-themed, even the sodas: 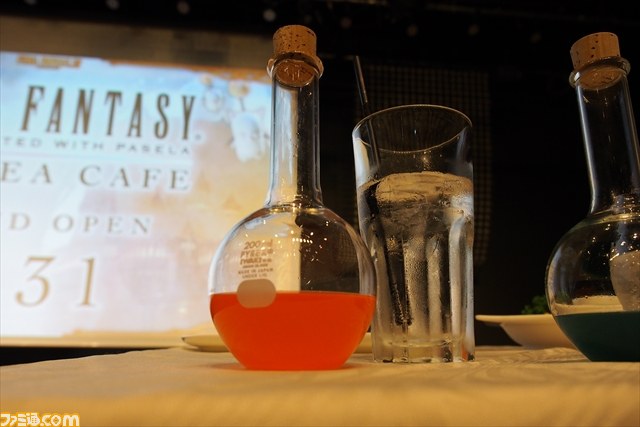 The restaurant also includes several PCs with — you guessed it — FFXIV installed. Patrons “level up” by filling up their Eorzea Café cards with stamps, which are given after each visit to the restaurant. Completion of the cards will unlock unknown prizes and goodies.

Oh, and let’s not forget the decorations centered around everyone’s favorite flying cat-fairy: 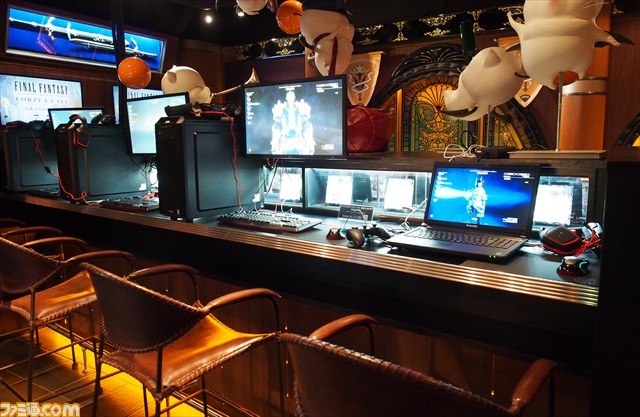 Above: Aren’t the owners worried about these Moogles falling and breaking the computers?

The event is Oct. 25 and features live entertainment, giveaways and contests, in-game activities, question-and-answer sessions with developers, and exclusive announcements. Tickets are priced at £65 (around $109) for a standard ticket. VIP tickets are £85 (around $143) and include access to an exclusive Oct. 24 evening event where fans can eat, drink, and meet members of the development team.

Square Enix promises to update the event’s website with more information as it becomes available.

A similar festival takes place Oct. 17 in Las Vegas, but tickets are already sold out. 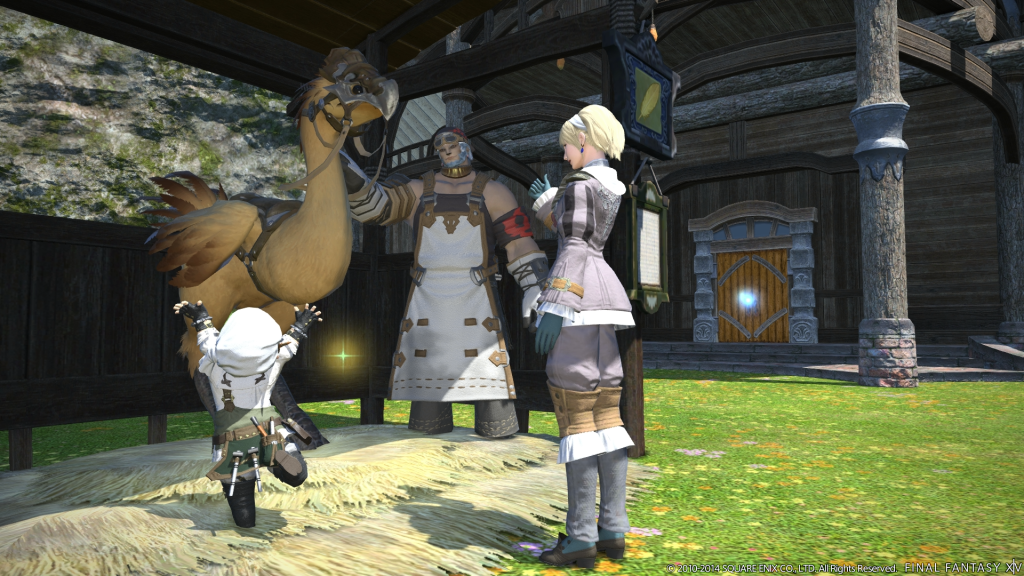 Above: Two friends, one Chocobo.

The first program is a straight-forward 14-day trial of Final Fantasy XIV: A Realm Reborn. Players can download the trial client here.

This trial period lasts 14 days from the time of activation. Trial players can hit level 20, but can’t take part in some in-game activities. Anyone who previously participated in a FFXIV Beta test can not participate in this free trial. The full list of restrictions — and there are quite a few — is here.

The second promo is a refer-a-friend program that bestows exclusive items to the veteran and new players that choose to team up in Eorzea.

Invitations are sent from the Mog Station, FFXIV’s account page. The invitee must accept the invitation, purchase the game, and subscribe in order trigger the rewards.

Recruiters and their friends each receive the Friendship Circlet item, which increases the experience earned by characters under level 25 by 20 percent. Recruiters also receive the Aetheryte Pendulum, which enables them to travel to the teleportation spot closest to their new-player friends for free.

If the new player subscribes for 90 days, the recruiter gets a special two-seated Chocobo mount. The full details behind the campaign are here.