While it’ll still be a few more months before we hear anything official about the forthcoming iPhone 6 from Apple, at least one person decided they couldn’t wait that long.

Reddit user lawrence_uber_alles asked his brother to buy a knockoff version of the iPhone 6 during his visit to Shenzhen, China. The country is known for leaking out current and future Apple hardware components, so it was a reasonable enough request given the number of alleged iPhone 6 parts tech news organizations have reported on over the last six months. Fortunately, the request was fulfilled, as you can see in the photo gallery below.

Lawrence_uber_alles said the phone, which came with mocked up iPhone 6 packaging, cost $145 after a bit of haggling. The liePhone 6 features a 4.7-inch 960×540 resolution screen, a quad-core at 2.4 MHz chipset, 2GB RAM, a 12.6 megapixel back camera, and a 2.4 megapixel front-facing camera. The device also has most of the other usual iPhone components and sensors (accelerometer, proximity, ambient light, etc.) too. The specs are nothing impressive, but at least the device looks cool.

As for software, the liePhone 6 unsurprisingly does not run Apple’s iOS operating system. Instead, it runs Android version 4.4.2 and features lots of skins mimicking iOS’ user interface. When you click things like the “App Store” you are directed to the Google Play Store instead. I imagine the same goes for other stock apps.

“Everything seemingly works on it, and I think I might switch to it for awhile to impress people at the bar and convince them I got an early iPhone 6,” he said in a Reddit comment thread. (That’s pretty much the only reason to spend money on an inferior iPhone 6 knockoff.)

Later in the Reddit comment thread, he reveals that his brother — who also purchased a liePhone 6 for himself — ran into some Apple employees while making his way back to the States. “Basically [the Apple employee] was offering to buy the phones to not ‘tarnish the brand,'” he added, which makes me like Apple just a little bit more.

Check out the gallery of photos below for a closer look at this iPhone 6 knockoff. 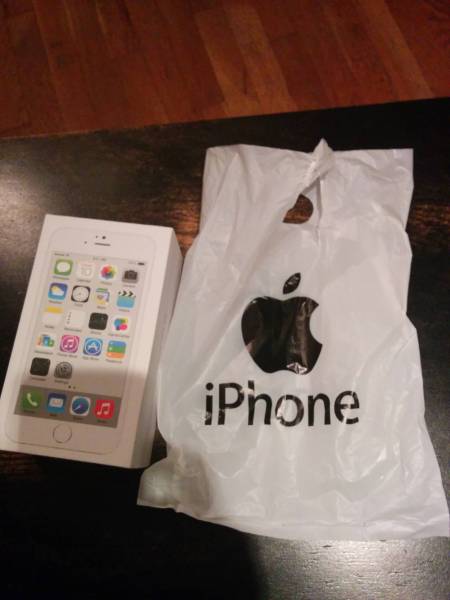