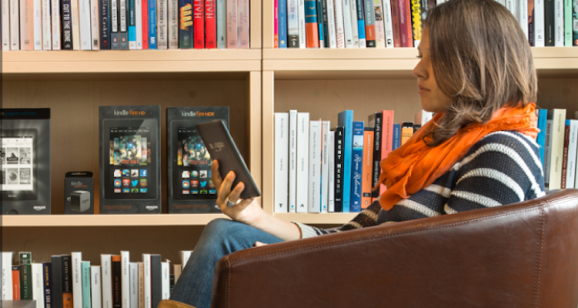 Here’s something Amazon definitely won’t like: A new extension for Google’s Chrome web browser released earlier this month can turn the giant online retail site into a search engine for pirating ebooks.

The extension, called LibGen, pulls data from the Library Genesis search engine, which contains tens of thousands of results to locations around the web that offer pirated media (ebooks, comics, periodicals, and more). Chrome’s app store notes that just over 800 people have downloaded the extension thus far.

Installing the extension will add a row along the top of each Amazon book listing upon navigating to a page. The new navigation bar contains pretty basic piece of information (Author, book title, edition number, etc.) as well as links to various places where you can either download an ebook file directly or download a torrent for the book. 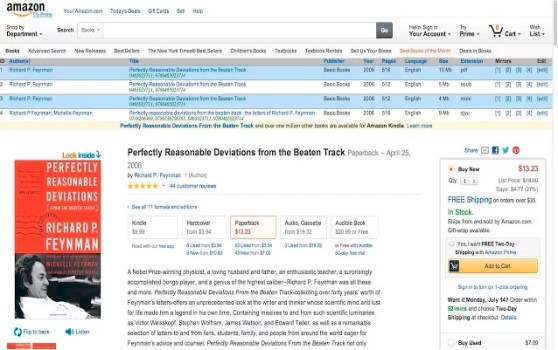 Above: A screenshot of Chrome extension LibGen in action.

TorrentFreak, which first noticed the extension, notes that there are a few problems with LibGen not recognizing the correct ebook listing for books with generic or similar titles, but overall it seems to work fine.

This is potentially alarming to Amazon for a variety of reasons. First of all, one of Amazon’s primary new areas of business is in selling digital media. And with the exception of music, you don’t have the option of downloading a DRM-free version of those purchases. And even though Amazon-owned ComiXology recently began offering DRM-free digital comic downloads, I don’t expect Amazon proper to follow suit anytime soon.

Offering DRM-free ebook downloads on purchases sort of undermines Amazon’s overall business strategy. The idea is that you purchase digital media on Amazon, and use one of its low-cost tablets or ereaders to consume it — thus opening you up to further purchases. Allowing people to take those ebooks to another platform (one that exists outside of Amazon’s ecosystem, including various Kindle apps across mobile devices), wouldn’t benefit the company very much — at least from Amazon’s perspective.