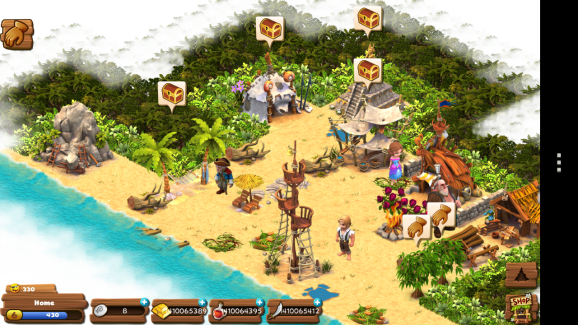 Specializing in Android games is no longer a pointless waste of money, and one of the developers proving that just landed some major funding to continue pursuing this strategy.

Game developer Kiwi has secured $15 million in its latest round of funding. Investment firm Northgate Capital led the round, which also saw participation from DFJ Venture and Sequoia Capital. Kiwi is responsible for mobile hits like the town-building sim Westbound and island-management sim Shipwrecked: Lost Island, and it intends to use its influx of cash to fund development of its future releases. Gamers spent $16 billion on mobile games last year, and Kiwi is one of the companies contributing to that.

Unlike a number of other developers, Kiwi has found success by focusing much of its effort on Android and Google Play. While it has releases on iOS, Kiwi is finding that it can earn a lot by servicing the sheer number of people who own Android devices around the world. The company had had five releases in the top-25 highest-grossing Google Play games, but Kiwi is also looking at alternative revenue streams.

“Our early focus in the rapidly growing Android ecosystem has allowed us to build top free-to-play mobile games on Google Play and develop tools that we are making available broadly to benefit all developers,” Kiwi chief executive Omar Siddiqui said. “This new funding round will help us to bring these tools to market as we also invest in the next generation of our cross-platform, mobile titles.”

Kiwi also raised $6 million in funding in a previous round led by Sequoia Capital. That firm returned for this latest round, and Northgate stepped in due to the developer’s games as well as its technology.

“Kiwi has a vision for producing killer content while improving the mobile platform for all developers — and it has the talent and experience to make it a reality,” said NorthGate managing director Brent Jones.